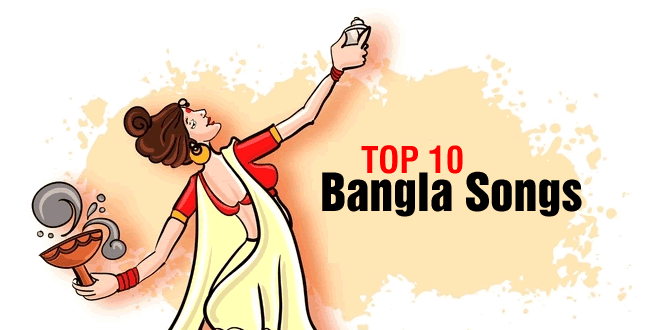 Top 10 Bangla Songs September 2022: Bengali music comprises a long tradition of religious and secular song-writing over a period of almost a millennium. Composed with lyrics in the Bengali language, Bengali music spans a wide variety of styles.

The Bengal region of the Indian subcontinent is currently split between the Indian state of West Bengal and the country of Bangladesh. West Bengal is still referred to as Bengal in the rest of India.

All traditional Bengali music is based on classical music or on its variations. Some of the most reputed classical musicians of the sub-continent come from Bengal including Ustad Allauddin Khan, Tarapada Chakraborty, Pandit Jnan Prakash Ghosh (1909-1987), Pandit Ravi Shankar, Pandit Manas Chakraborty, Ustad Ayet Ali Khan and Ustad Abed Hossain Khan.

Nachiketa Chakraborty continues his established musical career for decades being a multi-dimensional singer, lyricist and composer with extraordinary class and caliber. An artist who has more than 450 released songs created and sung by him, more than 300 unreleased songs of his own, an artist who drives to develop his next generation. It is hard finding his parallel, probably impossible. The boss of Bengali Music revolution in the 90s, the educator honored as Bangabhushan, who ignites the moral value in millions in the society, the philosopher who simplify life’s equations in simple language, the avenger who inspires common people to throw away an age-old rotten ruling system from Bengal.He is an idol for numerous people across the world and has inspired many renowned Bengali singers from time to time.