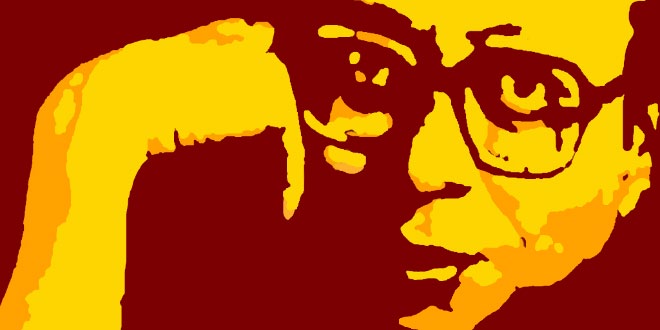 Achievements – R.D. Burman is considered the greatest of all music composers the Indian film industry’s ever had. His musical brilliance is evident from the fact that the famous song ‘Sar jo tera chakraaye’ in Guru Dutt’s film, Pyaasa was composed by him as a child. He has belted out some of the jazziest hits in the history of Bollywood music.

Rahul Dev Burman, who is more famous by the name of R.D. Burman, is considered the greatest of all music composers the Indian film industry’s ever had. His entry into Bollywood saw the revolutionization of the way music was being composed here. Son of singer and music composer, Sachin Dev Burman and second husband of playback singer, Asha Bhosle, RD Burman is credited for injecting a fresh style and technique into the singing of yesteryears Hindi songs. Burman’s melodious songs lack parallel even today.

The biography of RD Burman continues here. Rahul Dev Burman was lovingly called Pancham da by industry insiders and friends because during his childhood, whenever he cried, it sounded in the fifth note ‘Pa’ of the Indian musical scale. Little Pancham was born at Kolkata in West Bengal state. He started taking sarod lessons from Ustad Ali Akbar Khan after shifting to Mumbai. RD Burman composed his first song ‘Aye meri topi palat ke aa’ at the age of nine, which his father used in the film ‘Funtoosh’ released in the year 1956.

Infact, the famous song ‘Sar jo tera chakraaye’ in Guru Dutt‘s film, Pyaasa was composed by him as a child. RD Burman also played the mouth organ as a child in another famous song, Hai apna dil to aawara in the film Solva Saal released in the year 1958 starring actor Dev Anand.

Pancham began his music career as assistant to his father. However, he began working independently as music director after the film Chhote Nawaab was made and thereafter, handled 331 films and 4 non-film albums on his own.

Even though, RD Burman composed an impressive amount of songs, yet a number of them are yet to be released. These are songs from unreleased movies and a particular short phase when he had little work in hand. R D Burman also did playback for 18 movies and was famous for unique, grunting bass singing style. He even acted in films like Bhoot Bungla (1965) and Pyar Ka Mausam (1967). At times, his songs used to be inspired by western songs. For instance, song ‘Mehbooba Mehbooba’ was inspired by Demis Rusos’s ‘Say You Love Me’.

Infact, RD Burman was India’s most popular composer in 1970s. During this time, he teamed up with singers like Asha Bhosle, Kishore Kumar, Lata Mangeshkar and others to belt out some of the jazziest hits in the history of Bollywood music. For example, there were musical hits like Amar prem, Buddha mil gaya, Caravan, and Hare Rama Hare Krishna. Amar Prem is remembered for its complex songs based on Indian classical music. RD Burman has also collaborated with Singer Boy George and other international artists.