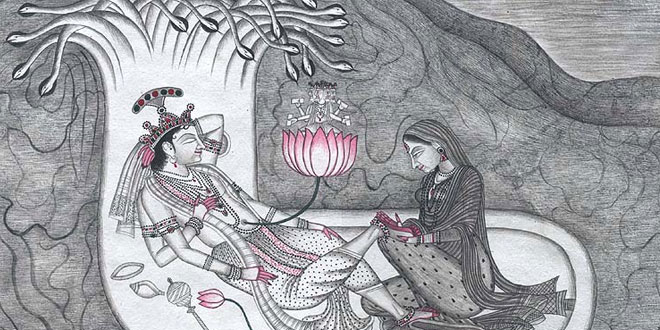 Papankusha Ekadashi is an auspicious Ekadashi for the Hindus, especially the Vaishnavas. It is also known as Ashwina Shukla Ekadashi. This day is dedicated to Lord Vishnu, the preserver of the universe. Observing fast on this day helps in abolition of all sins and attainment of heaven. The fruits obtained by tough meditations can be received by prostrating before Lord Vishnu (the one who sleeps on Sheshnag in the sea) on the day of Ekadashi.

It is believed that fruits of thousand Ashvamedha Yagnas and hundred Surya Yagnas is not equal to, even the sixteenth portion of this Ekadashi vrat (fast). Hence, no fast is equivalent to the fast of Papankusha Ekadashi. The person, who performs jagran at night of this Ekadashi, attains heaven. Not only this, but ten generations of ancestors on his mother’s side, father’s side and his wife’s side are all liberated by observing this fast.

People who donate gold, sesame seeds, land, cows, grains, drinking water, an umbrella or a pair of shoes on this auspicious day will never have to visit the abode of Yamaraj. On Papankusha Ekadashi, even the poor should first bathe and then donate in accordance to their capacity.

Lord Vishnu is worshiped with incense sticks, coconut, betel leaves and flowers. The rules of Ekadashi fast are followed from Dashmi or a day before Ekadashi, when the following seven cereals i.e wheat, urad, moong, gram, barley, rice and masoor are not consumed. Instead these cereals are worshiped on Ekadashi. Devotees observing the fast should refrain from lies on Dashami. They should speak less for the abolition of their sins.

The food consumed at the night of Dashmi should not contain salt. After this meal, a complete fast is observed. On the day of Ekadashi, a person observing fast should wake up early in the morning and complete his routine work. A kalash or urn is established on which an idol of Lord Vishnu is kept. The devotee should recite the Vishnu Sahasranamam at night. The fast is concluded on Dvadashi or a day after Ekadashi by giving charity to the Brahmans.

A very cruel hunter named Krodhana lived on the Vindhyachal Mountains. He was engaged in all the wicked deeds throughout his life. At the end of his life, Yamraj ordered his representative to bring the hunter to his court. Krodhana was so scared by death that he approached a sage named Angira and pleaded him for help.

Sage Angira guided him to worship Lord Vishnu on the Ekadashi of Shukla Paksha of Ashvin Masa. Krodhana observed the Papankusha Ekadashi’s fast before his death therefore his soul was taken to heaven. Finally, he attained salvation at the feet of Lord Vishnu.