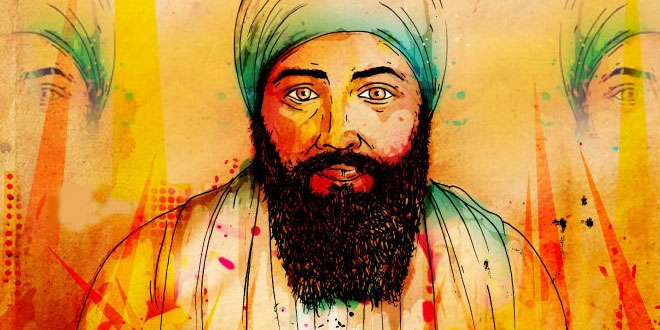 Guru Arjan Dev was the first Sikh Guru to be executed. One most important work done by Guru Arjan Dev is the compilation of the Adi Granth. He collected all the deeds of the earlier four Gurus and had them written down in the form of verses in 1604. He added the teachings of the Hindu and the Muslim saints in the compilation. In 1606, Guru Arjan Dev was punished by the Mughal emperor Jahangir for refusing to remove the teachings of the Muslim saints from the compilation and tortured the Guru, which eventually led to his death. Since 1606, his martyrdom is observed every year  by the Sikhs. (Guru Arjan’s martyrdom in Mughal custody has been a controversial issue in Sikh history, and has been variously interpreted.)

Martyrdom Day of Sri Guru Arjun Dev Ji is a regional Gazetted holiday in the Indian state of Punjab on the 24th day of Jeth, the third month in the Sikh calendar. This means it takes place in May or June in the western calendar.

Before he died, Guru Arjan Dev passed the light to his son Guru Har Gobind, as the next Guru. The city of Amritsar was constructed by the Guru. He also founded other cities like Tarn Taran Sahib and Kartarpur.

Guru Arjan Dev organized a system called masand, where a group of representatives taught and spread the teachings of the Gurus and they received a partial offering of Sikh’s income called as Dasyand which can be treated in terms of monetary values, goods or can be services. These are paid by Sikhs to support the building of Gurudwara Sahib, Guru Ka Langar which are called as communal kitchens.

The intention of sharing is to spread love, respect and equality. Langars are open to any visitor who visits the Gurudwara, which signifies the caste-less society and equality for all human beings. The land which is known as Amritsar today was gifted by the Mughal Emperor, Akbar. He was very impressed by practice of sharing food by sitting on the floor like a common man, in the Guru’s kitchen.

Guru Arjan Dev was very famous among his followers. He ardently taught and spread the message of the teachings and philosophy of Guru Nanak. 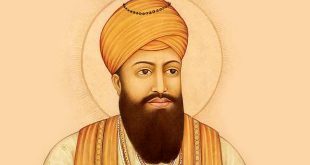