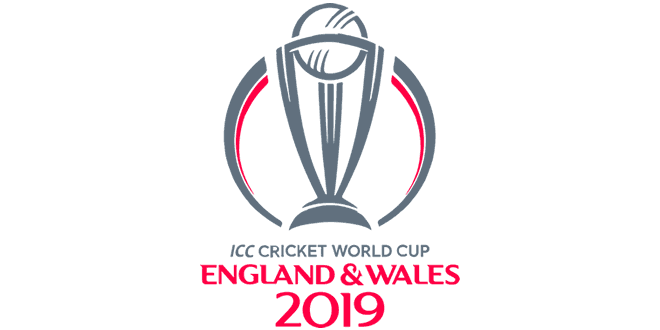 The hosting rights were awarded in April 2006, after England and Wales withdrew from the bidding to host the 2015 ICC Cricket World Cup, which was held in Australia and New Zealand. The first match will be played at The Oval while the final will be played at Lord’s. It is the fifth time that the Cricket World Cup will be held in England and Wales, following the 1975, 1979, 1983 and 1999 World Cups.

The format for the tournament will be a single group of 10 teams, with each team playing the other nine once, and the top four at the end of the group phase progressing to the semi-finals. The 10-team tournament has gained criticism due to the lack of Associate teams in the tournament. Given the increase of the Test-playing nations from 10 to 12, with the admission of Ireland and Afghanistan in June 2017, it will be the first World Cup to be contested without all of the Test playing nations being present, and after the elimination of all the Associate teams at the qualifying tournament, this will also be the first World Cup to feature no Associate members.

Following the 2019 Pulwama attack, several former Indian players and the Board of Control for Cricket in India (BCCI) called for the boycott of the group match fixture between India and Pakistan, wanting to ban the Pakistan team from playing in the tournament. However, after conducting a press meet in Dubai, the International Cricket Council (ICC) rejected the BCCI’s statement regarding banning Pakistan from the World Cup and assured that the scheduled match will go ahead as planned despite the ongoing standoff between the two nations.

The 2019 World Cup will feature 10 teams, a decrease from previous World Cups in 2011 and 2015 which featured 14 teams. The hosts, England, and the top seven other teams in the ICC One Day International rankings as of 30 September 2017 earned automatic qualification, with the remaining two spots being decided by the 2018 Cricket World Cup Qualifier.

At the time of the announcement of the qualification structure, ICC Associate and Affiliate members, who were guaranteed four spots in the previous two World Cup tournaments, could be represented by at most two teams, and possibly none at all if they were beaten by the lowest ranked Full Members in the Qualifier. It also meant that at least two of the 10 Test playing nations at the time of the announcement would have to play in the qualifying tournament, and could possibly miss the World Cup finals entirely.

Following recent success, Ireland and Afghanistan were promoted into the ICC ODI Championship and have also since been promoted to full members of the ICC, becoming the newest Test cricketing nations. However, they still needed to qualify for the World Cup via the current process.

The fixture list for the tournament was released on 26 April 2018 after the completion of an International Cricket Council (ICC) meeting in Kolkata. London Stadium had been named as a possible venue in the planning stages, and in January 2017 the ICC completed an inspection of the ground, confirming that the pitch dimensions would be compliant with the requirements to host ODI matches. However, when the fixtures were announced, London Stadium was not included as a venue.