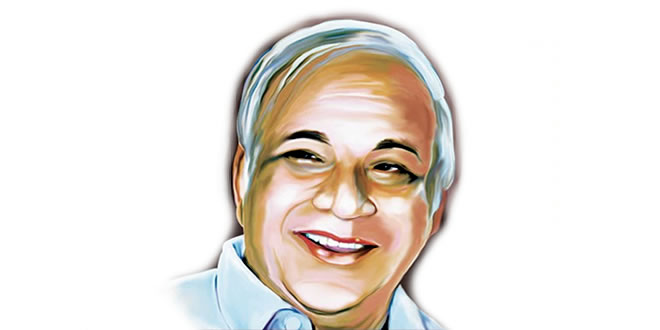 Rising from a deep need to fight the prevalent caste system of his time, Kanshi Ram created a platform for all those under the clutches of the ruling classes to speak out and fight for their rights. He did this in more than one way, but his most prominent venture of doing the same was when he entered politics with the B.S.P.: Bahujan Samaaj Party. This party was centrist in nature. Kanshi Ram dedicated his life to constantly trying to bring the backward classes to the front and give them a voice that was strong and united. Kanshi Ram never got married instead he dedicated his entire lifetime to fight for the rights of his people and empower them. A great man indeed!

Kanshi Ram was born to a family that belonged to the Raedasi Sikh community-a community which was converted to Sikhism. Kanshi Ram’s father, who was to some extent literate, made sure that all his children were educated. Kanshi Ram had two brothers and four sisters, out of them all, he was the eldest and most highly educated with a BSc degree. After completing his graduation, Kanshi joined the Department of Defence Production and took up the position of scientific assistant. This was in Pune in 1958.

It was after he joined the struggle against the abolition of Dr. Ambedkar’s birthday as a holiday, in 1965, that his career in the fight for the oppressed community started. He studied the entire caste system and the works of Dr. B.R. Ambedkar closely and came up with many efforts to help the oppressed rise from the ditches they were tossed into. Finally in 1971 he quit his job and together with his colleagues established the Scheduled Castes, Scheduled Tribes, Other Backward classes and Minorities Employees Welfare Association. The Association was registered with the Puna Charity Commissioner. Through this association, attempts were made to look into the problems and harassment of the above mentioned employees and bring out an effective solution for the same. Another main objective behind establishing this association was to educate and create awareness about the caste system. This association turned out to be a success with more and more people joining it. In 1973, Kanshi Ram again with his colleagues established BAMCEF: Backward And Minority Communities Employees Federation. The first operating office was opened in Delhi in 1976 with the motto-“Educate Organize and Agitate”. This served as a base to spread the ideas of Ambedkar and his beliefs. From then on Kanshi Ram continued building his network and making people aware of the realities of the caste system, how it functioned in India and the teachings of Ambedkar. Wherever he travelled he did the same and had many followers. In 1980 he created a road show named “Ambedkar Mela” which showed the life of Ambedkar and his views through pictures and narrations.

In 1981 he founded the Dalit Soshit Samaj Sangharsh Samiti or DS4 as a parallel association to the BAMCEF. It was created to fight against the attacks on the workers who were spreading awareness on the caste system. It was created to show that workers could stand united and that they too can fight. However this was not a registered party but an organization which was political in nature. In 1984, he established a full-fledged political party known as the Bahujan Samaj Party. However, it was in 1986 when he declared his transition from a social worker to a politician by stating that he was not going to work for/with any other organization other than the Bahujan Samaj Party. During the meetings and seminars of the party, Kanshi Ram stated to ruling classes that if they promised to do something, it would pay to keep the promise, or else just accept that they were not capable of fulfilling their promises.

By his social and political ventures, Kanshi Ram gave the so called lower caste a voice in a magnitude that they never thought existed. This was made possible especially in Uttar Pradesh and other north Indian states like Madhya Pradesh and Bihar, and primarily through the efforts of the Bahujan Samaj Party.

Kanshi Ram suffered from diabetes, hypertension and even had a heart attack in 1994. In 2003 he had a brain stroke caused by a clot that formed in the brain artery. After 2004, he stopped appearing publicly because of health reasons. After being nearly bed ridden for almost two years, he died on October 9, 2006 due to a severe heart attack. As per his wishes, the rituals after his death were carried out according to Buddhist traditions.

The most important legacy of Kanshi Ram is without a doubt the one that underlines his association with the Bahujan Samaj Party. However, there are certain awards that are given in his honor as well. These awards constitute the Kanshiram International Sports award (Rs. 10 lakhs), Kanshiram Kala Ratna Awards (Rs. 5 Lakhs) and Kanshiram Bhasha Ratna Samman (Rs. 2.5 Lakhs). There’s also Kanshi Ram Nagar which is a district in Uttar Pradesh. The district was named so on April 15th, 2008.