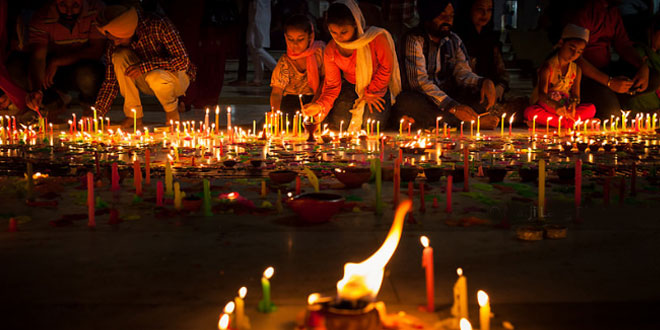 Rangoli at the Mall: Modernization of Diwali 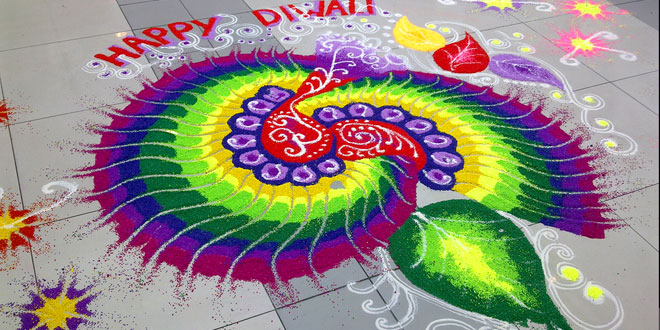 Changing consumer behavior is driving other business innovations. For instance, malls have customized themselves to offer what is popularly known as ‘the family experience’. DLF Place in Delhi did extensive research to not only assess the kind of purchases made during the festival but also what activities families like to do together. Says Arindam Kunar, VP, DLF Place, “Our revenues are expected to grow anywhere between 25-28% as compared to last year. More and more people are coming to malls to celebrate Diwali.”

It’s the convenient alternative to visiting friends and family, one that combines shopping, food and fun. “There is some kind of shopping for everyone in the family (two sons aged 17, 14 and one daughter 19, and wife). While the boys play games and such, the women get their beauty treatments and I have a drink. Sure it’s like any other family day but then these malls always have something new on Diwali,” says Delhi businessman Rohan Desai. “It sure beats dragging the kids to a friend’s place they don’t want to go to, or making small talk at one of the over-the-top parties my wife takes me to.”

No wonder, malls are laughing all the way to the bank. T Anupam of Mumbai’s Lifestyle Center Management, says sales at malls are rising 20% year on year. “This Dhanteras we expect another 20% rise over the previous year,” he says. Agrees retail entertainment professional Vijay Dewan who is designing the Diwali entertainment programmes for three malls in Mumbai – Inorbit, Oberoi and Korum. He says that sales in general are far more robust now as compared to five years ago. “Where five years ago a customer spent Rs 550 on average, he is now spending Rs 750 per trip,” he says.

Expectedly, bargain deals and freebies are pushing up sales during the festival. “We have devised a game in Oberoi Mall, Goregaon, where people, who have made purchases over a certain amount, can participate by showing us their bills. We find that 30-40% of the bills, or tickets as we call them, come from the purchase of electronic items as compared to 4-5% from jewellery stores,” says Dewan. “The sale of electronic items, especially during Dhanteras, is likely to break all previous records.”

Business is doing great but many are lamenting the breakdown of community spirit on Diwali. “Over the last decade, the after-hours aspect of the festival when the entire neighborhood gathered to burst firecrackers has all but come to an end. Increasingly, the new generation tends to isolate itself with computer games and internet cliques. Parents like me fear they will never know the joys of celebrating the festival in community spirit like we did as recently as in the 1980s,” says Sheela Damania, a 42-year-old mother of two who lives in Andheri, Mumbai. Agrees Nalini Mohan: “I still make it a point to sit down and spend time with people.

Some of those who don’t have relatives in town or would like to bond with their closest kin are looking for new ways of doing so. Anandan NT, working with a media house in Delhi, is spending his Diwali night in the desert. He and his brother are taking their families on a holiday in Rajasthan during the long weekend next week. “I felt like doing something different this Diwali,” says Anandan.

He’s not alone in wanting to celebrate the festival away from home and hearth. Manmeet Ahluwalia, marketing head of travel firm Expedia India, says, “We have seen a 50-70% rise in hotel and airline bookings during Diwali on domestic and international sectors. People are travelling overseas to celebrate during the long weekend. Most of those going overseas are double-income couples, going alone or with friends to nearby destinations like Malaysia, Singapore, Dubai and Thailand.”

So, instead of dressing up in kurta-pajama and zari saris for the Diwali party next door, people are donning casuals and backpack. “There’s been a 12-15% increase in international travel during Diwali over last year. Many of them are looking for newer experiences, and might not care for the traditional Diwali celebration with family. Travelers are also going to domestic leisure destinations like Goa,” adds Manmeet.

Twenty years ago, there were no mobile phones, broadband, satellite television or mass credit cards in India. Liberalization changed all that. As did cable television, Bollywood movies and the K-serials which changed the way people saw festive celebrations. Purists might feel unsettled with the face of Modernization of Diwali, but then it’s only a reflection of what people want. After all, the customer is king!