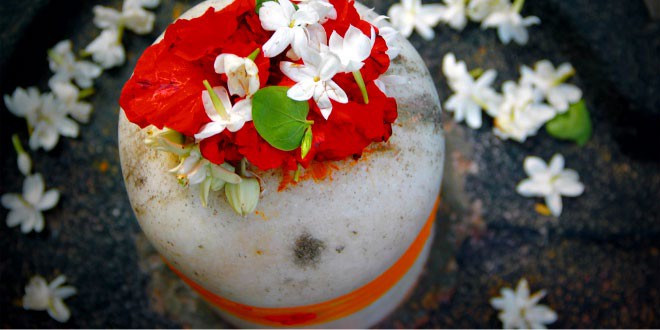 Maha Shivaratri Pooja At Home And Temples – Maha Shivaratri is a ceremonious occasion celebrated with religious fervor by Hindus all over India. Dedicated to Lord Shiva, the festival involves fasting and rigorous vigil in the night. Devotees of the deity get up early in the morning, take a holy bath and then indulge themselves in the merrymaking, which is all about worshiping Lord Shiva with immense devotion. People enjoy singing bhajans and songs all through the night, when they are awake to commemorate the festival. Special puja is conducted in Lord Shiva temples, as a part of the traditions. Go through the article to know all about Maha Shivaratri puja vidhi.

After waking up early in the morning on Mahashivaratri, the devotees of Lord Shiva would take a ceremonious bath, using warm water and seeds of black sesame. It is a popular belief that by bathing in warm water, with few seeds of black sesame, the body is purified. After wearing new clothes, the devotees would smear bhasma (holy ash) on their forehead. One may worship Lord Shiva at home by offering Bilwa leaves to the deity and by chanting mantra – ‘Om Namah Shivaya’. Apart from Bilwa leaves, flowers and garlands can also be offered to the deity.

Special pujas are performed at Lord Shiva temples on the occasion of Maha Shivaratri. In many temples the pooja is conducted strictly according to the method prescribed in Shiva Purana, according to which, Shiva Linga should be given ceremonious bath and puja should conducted every three hours on Mahashivratri. Abhisheks are done using milk, yogurt, honey, ghee, sandalwood paste and rose water. Each item is poured over the Shiva Linga, to symbolize different meanings. Milk stands for piousness, while yogurt symbolizes prosperity. Abhishek is done with honey to acquire a sweet speech, while ghee is used to represent victory. It is said that sugar symbolizes happiness and water is the symbol of purity.

After the Abhisheks are performed, the Shiva Linga is adorned with a stalk of three Bilwa leaves, to mark the culmination of the previous ritual. Thereafter, kumkum (vermilion) is applied on the Shiva Linga. Apart from Bilwa leaves, one can see devotees offering beetle leaves to the deity. Jujube fruit is a favorite of the deity, and hence, it is also offered by the devotees. In the mean time, the devotees indulge in immense chanting of ‘Om Namah Shivaya’. Sounds of bells add to the festive mood in the temples. The air is filled with the aroma of incense sticks and dhoop.