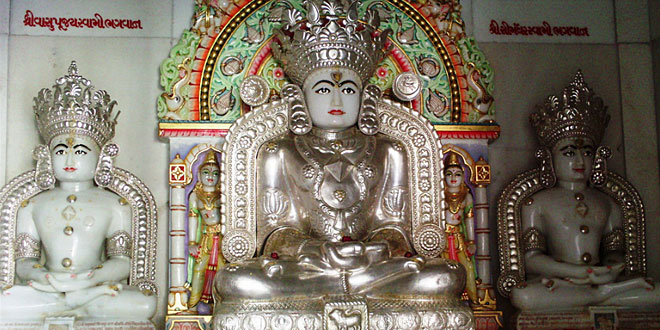 Jain Holidays and Observances: The most famous of all Jain festivals, Mastakabhisheka (“Head Anointment”), is performed every 12 years at the Digambara sacred complex at Shravanabelagola (“White Lake of the Ascetics”) in Karnataka state. In this ceremony the 57-foot- (17-metre-) high statue of Bahubali is anointed from above with a variety of substances (water, milk, flowers, etc.) in the presence of an audience that can approach one million.

Mahavira Jayanti: This festival celebrates the day of Mahavira’s birth. Jains will gather in temples to hear readings of the teachings of Mahavira. Images of Mahavira are paraded through the streets with much pomp and ceremony. 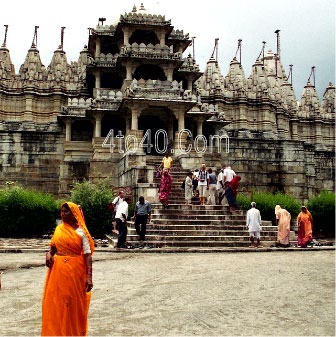 Paryushana: The word ‘Paryushana’ means ‘to stay in one place’, which signifies a time of reflection and repentance for the Jain devotee. Originally this was primarily a monastic practice.

This festival consists of eight days of intensive fasting, repentance and pujas. Often monks will be invited to give teachings from the Jain scriptures.

Diwali: This festival is celebrated throughout all of India. In Jainism it has special significance, as on this day in 527 BCE (according to Svetambara tradition) that Mahavira gave his last teachings and attained ultimate liberation.

On Diwali parents will often give sweets to their children, and lamps are lit all over India. Some very religious Jains will also fast for the two days of Diwali, following the example of Mahavira.

Kartak Purnima: Following Diwali in October/November is an important festival called Kartak Purnima. This is considered to be an auspicious time for pilgrimage to the sacred sites associated with the Jain religion.

Mauna Agyaras: This is a day-long observance of fasting and silence. Jains also meditate on the five great beings.

The Jain calendar includes many festivals. Among them is the Shvetambara fasting ceremony, oli, which is celebrated for nine days twice a year (in March–April and September–October) and which corresponds to the mythical celestial worship of the images of the Tirthankaras. The most significant time of the Jain ritual year, however, is the four-month period, generally running from late July to early November, when monks and nuns abandon the wandering life and live in the midst of lay communities. For Shvetambaras, the single most important festival, Paryushana, occurs in the month of Bhadrapada (August–September). Paryushana (“Abiding”) designates, on the one hand, pacification by forgiving and service with wholehearted effort and devotion and, on the other, staying at one place for the monsoon season. The festival is characterized by fasting, preaching, and scriptural recitation. On its last day, Samvatsari (“Annual”), alms are distributed to the poor, and a Jina image is ceremonially paraded through the streets. A communal confession is performed by the laity, and letters are sent asking for forgiveness and the removal of all ill feelings about conscious or unconscious misdeeds during the past year. The equivalent Digambara festival is called Dashalakshanaparvan (“Observance Day of the 10 Religious Qualities”) and centres on the public display of an important text, the Tattvartha-sutra.

On the full-moon day of the month of Karttika (October–November), at the same time that Hindus celebrate Diwali (the festival of lights), Jains commemorate the nirvana (final liberation; literally “becoming extinguished”) of Mahavira by lighting lamps. Another important Shvetambara ceremony, Jnanapanchami (literally “Knowledge Fifth,” where “Fifth” signifies a date), occurs five days later and is celebrated with temple worship and with reverence of the scriptures. The equivalent Digambara festival takes place in May–June. Mahavira Jayanti, the birthday of Mahavira, is celebrated by both sects in early April with public processions. 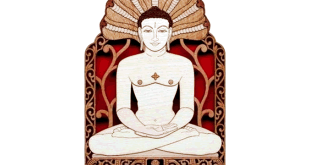