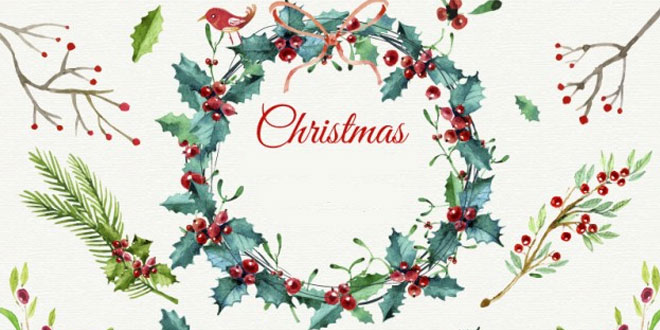 Mistletoe is an interesting plant; botanically it is categorized to be partial parasite i.e. the one which grows on the branches or trunk of a tree by penetrating its roots to take up nutrients, however few categories of Mistletoe are also found doing photosynthesis (making food on their own). These are basically popular for being used as a Christmas decoration item. The Greeks thought this plant to have some mystical powers and so down through the years it gradually became a part of several folklore customs. The sprig of mistletoe plant is used as the decoration item in Christmas holiday since ages. The tradition of kissing a friend or a relative or even a stranger on Christmas day is considered to be auspicious.

In order to make him safe from this misfortune, Frigga went at once to air, fire, water, earth, and every animal and plant seeking a promise to cause no harm to her son. She finally assured that Balder could not be hurt by anything on earth or under the earth. However, Balder’s enemy Loki, god of evil knew of one plant that Frigga had ignored in her expedition. This was the plant of Mistletoe, which neither grew on the earth nor under the earth, but on apple and oak trees. So, he made an arrow of the mistletoe, gave it to, Hoder, the blind god of winter, who aimed it striking Balder dead.

As soon as Balder died, world became dark and all things in earth and heaven started mourning for sun god. Every element on the earth and in the heaven tried fort three bring Balder back to life. Finally Frigga, the goddess of love and his mother was able to bring Balder back to life. Out of happiness, she shed tears which turned into pearly white berries on the mistletoe plant. Out of elation, she kissed everyone who passed underneath the tree. The story thus gives a moral message that one who stands under the Mistletoe, can’t be harmed by anything and would certainly be blessed by a kiss, a token of love.

There are several stories to explain how the tradition of kissing under the Mistletoe began. It is said that it began from the Greek festival of Saturnalia. It has also been seen that Mistletoe was used primitive marriage rites, as it was believed that Mistletoe had the power to confer fertility. One another belief associated with the Mistletoe is that it is blessed with ‘life-giving’ powers. This belief has certainly been derived from the legend of Balder and Frigga. Scandinavian people regard Mistletoe to be a carrier of peace and thus, people coming under it, had to make up or declare ceasefire, at least temporarily.

However it was in 18th century in England that the concept of ‘kissing ball’ was introduced. Since then, it was made a ritual that if any young lady was caught under the ball of Mistletoe, she could not refuse to be kissed. This ritual is still prevalent in many European countries and even Canada. Kissing under the Mistletoe is an art in itself and thus, you need to be well prepared for the have to catch or you are caught by, someone under the mistletoe. It is about a healthy exchange of love and good wishes, so if you are apprehensive about it, you can simply refuse.