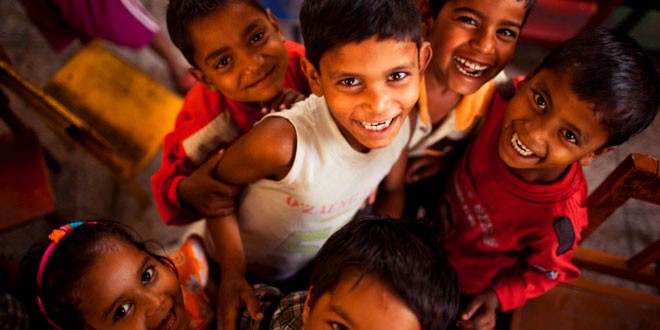 Children’s Day is all about giving kids the right to enjoy freedom and grow up into healthy and educated citizens of India. Since Pandit Jawaharlal Nehru loved children, Children’s Day is celebrated on 14th November on Nehru’s birth anniversary. Nehru was an eminent figure and freedom fighter who became the first Prime Minister of India. The festival is marked with zeal and gusto all across India by organizing events and activities for kids. Children also arrange parties for their buddies, thereby getting closer to each other. Parties are usually based on a particular theme. Scroll through the following lines to find some theme ideas for Children’s Day party.

Since the theme is fish party, make invitations in the shape of fishes and place them in small plastic bottles. As for the food, have bowls filled with blue raspberry and decorate them with gummy fishes all around the table. Have fried golden fish crackers, tuna fish sandwiches, small grilled fish snack bites and blue colored drinks. Choose games that include sea objects, such as guessing games and paring games with sea shells, colored plastic fishes, fake pearls, packet of beach sand, etc.

Kids love magic and what better than a magic party can be to enthrall them on Children’s Day. Hire a local magician to entertain the kids for few hours. For invitations, make a puzzle in the shape of a rabbit or a hat. Use magic pens to change color and let your friends solve the puzzle to decode the invitation. Decorate the venue with balloons, streamers, confetti, etc. Food can have different varieties, such as snacks, finger foods, small meals, etc. Ask the magician to involve the kids in games like building a card castle, guessing games, twister, etc.

Beach party is one of the coolest party themes for kids. Make colorful invitations to indicate about the colorful party coming ahead. Mention the beach dress code in the invitation like colorful clothes, swim wear and flip flops. Include light food as the kids would be involved in different activities and will not be able to take in heavy food. Light snacks, such as chips, burgers, pizza, popcorn, ice creams, fruit salads and fruit punches are good options to include. You can arrange various beach games like volley ball, building sandcastles and dance competition.

You can tie 2 or 3 cinnamon sticks with a ribbon and coordinate it with the invitation. You can also include candy cutouts from cardboard and decorate them like candies or toffees. Write down the invitation on the candies. Use colors like red, pink and white or the decorations. Food should be specific to the party theme, such as cinnamon rolls, spice cider, cupcakes, candies, sundaes, and so on. Arrange games like sweet and sugar treasure hunt, decorating cupcakes, guessing the number of candies in a jar and pinning lollypops on a large lollypop poster.