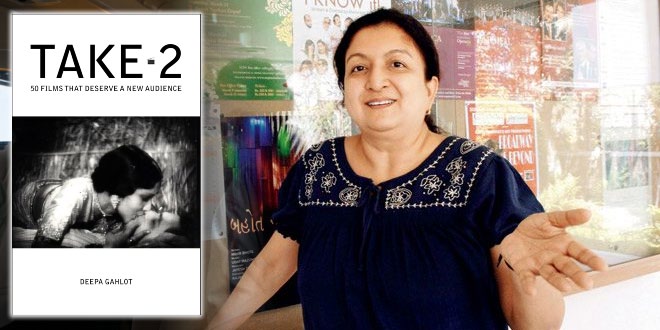 Can you recall the first Bollywood film stressing communal harmony and tolerance by showing diverse people staying together despite vested interests trying to divide them? (It was Dev Anand‘s debut). Two where everything happens in one eventful, adventurous night? (They starred Waheeda Rehman and Madhubala). The first (and possibly only) mainstream film dealing with Hindu rightwing fundamentalism? (Yash Chopra’s first film) An ‘omnibus’ film with multiple story arcs featuring top stars in deglamourised, working-class roles? (It featured both Raj and Shammi Kapoor).

Even among the dedicated film buffs, few might be able to identify or recall any of these films, and for good reason – each of them is over 50 years old, and one even predates Independence. (“Hum Ek Hain”, which in 1946, suggested that those from different creeds and castes can co-exist in one home! It also was Dev Anand’s first).

For the current generation, these will be dismissed as relics of their parents or rather their grandparents’ times and not relevant or interesting today. But this would be a grave travesty – for many of these show Indian film industry at its creative best.

Films then, successful or failed, had “good scripts; with plots the audience could relate to, and took into account real emotions, nurturing relationships, gentle humour, lyrics that made sense, and entertainment that wasn’t over the top”, writes veteran film critic and author Deepa Gahlot as against today when there is a “well-oiled movie making machine that caters to a glamour-struck audience and depends almost entirely on the trite formula of big-name stars, massive marketing jumborees, item numbers, exotic locations, designer costumes and special effects, all of which will hopefully lead to a bumper opening weekend”.

Seeking to bring back awareness of some good, old films shunted into oblivion, she, in this book, chooses, on basis of varied criteria, 50 of them, spanning almost six decades (including almost a fifth made before 1947) to showcase how originality, versatility, relevance, and craft was not an alien concept in yesteryears’ Bollywood.

Restricting herself to 50 was cruel, admits Gahlot, who is also head of film and theatre at the National Centre for Performing Arts in Mumbai, with “many more films that merit attention have been left, in filmi parlance, on the cutting room floor”.

It is still a wide and varied selection, stretching from Himanshu Rai’s “Karma” (1933), a oriental fantasy starring him and Devika Rani (and also intended for the international market where it succeeded while being a resounding flop at home) and famous for its lengthy onscreen kiss (four minutes!) to Sai Paranjpye’s “Disha” (1990), a bleak but not depressing look at the then Bombay’s mill worker culture and rural deprivation.

Each entry starts with a brief introduction about the film, then its the plot and characters, and finally information about its maker, stars and others involved, and its legacy.

The gamut runs to Sohrab Modi classic “Prithvi Vallabh” (1943), B.R. Chopra‘s “Chandni Chowk” (1954), which was the first ‘Muslim social’ in advance of the label, and “Miss Mary” (1957), one of “tragedy queen” Meena Kumari‘s few romantic comedies with a bold plot of the heroine pretending to be a stranger’s wife for the sake of a job – and among the first south Indian films to be remade for Bollywood.

Then there is Bimal Roy’s gentle satire “Parakh” (1960), based on a story by music composer Salil Chowdhury, starring Motilal, one of the most accomplished Bollywood actors ever, “Choti Choti Batein” (1965), a story of one man’s good fortune, his attempts to help others and a tragic outcome, made by Motilal himself, “27 Down” (1974), a subtle tribute to the aspirations of mofussil India and Shashi Kappor-Sharmila Tagore-starrer “New Delhi Times” (1986), one of the first to deal with political corruption and criminality and media manipulation.

It is a fascinating journey with introduction to many forgotten legends and talents of the Indian film industry, and one who can only hope like critic Roger Ebert, Gahlot will mull a few sequels.

About the movies asked above? Read this book to find out.