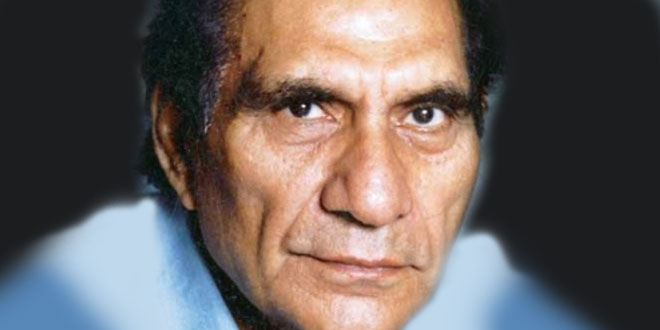 B.R. Chopra — Baldev Raj Chopra was an Indian director and producer of Bollywood movies and television serials. Most known for Hindi social films like Naya Daur (1957), Kanoon (1961), Gumrah (1963) and Humraz (1967), plus the mega TV Series, Mahabharat in the late 1980s. He was awarded the highest award in Indian cinema, the Dadasaheb Phalke Award in 1998. 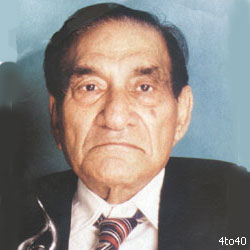 Born in Ludhiana, “B.R.” received an M.A from Lahore University in English Literature. He started his career in 1938, as a film journalist with ‘Cine Herald’ a film-monthly published from Lahore, later he took over the magazine and ran it till 1947. In the same year, he launched a film, Chandni Chowk, with story by IS Johar, in partnership with his friends, and just when the production of film was to start, riots broke out in Lahore, and he and his family had to flee from the city. After the partition of India into India and Pakistan in 1947, he moved to Delhi, and then to Bombay (Mumbai), where his first production Karwat, came in 1948, though it turned out to be a flop. His first film as a director, Afsana was released in 1951, it had Ashok Kumar in a double role, and the film was a hit and there was no turning back then on. Eventually he also made Chandni Chowk in 1954, with Meena Kumari as a lead. In 1955, B.R. formed his own production house, B.R Films. His first movie for this production house was the highly successful Naya Daur (1957) starring Dilip Kumar and Vyjayantimala Bali, the film became a golden jubilee hit.

B.R. was instrumental in developing the career of singer Mahendra Kapoor, and employed Mahendra in most of his movies. (Director-producer Yash Chopra, a brother of B.R., cast Mahendra Kapoor’s son in Fasle.)

B.R.’s foray into television led to Mahabharat, one of the most successful TV serials in Indian television history.

He died in Mumbai at the age of 94 on 5 November 2008, survived by his son, Ravi Chopra, also a filmmaker and two daughters.