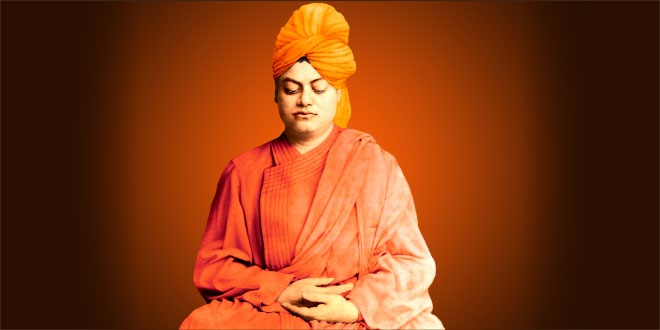 Swami Vivekananda was the disciple of Ramakrishna Paramahansa. He founded the Ramakrishna mission to spread the teachings of his Guru throughout the world. One of the most famous and influential spiritual leaders of India, he sought to promote the philosophies of Vedanta and Yoga. Swami Vivekananda was the first spiritual leader of India who introduced Hinduism, Yoga and Vedanta at the World’s Parliament of Religions. Read this biography further to know more about Swami Vivekananda, his teachings and his life history.

Swami Vivekananda was born as Narendranath Dutta in Calcutta (now Kolkata), in the year 1863. Even as a child, Narendra showed a high level of intelligence and a deep inclination towards meditation. He joined Presidency College of Calcutta in 1879 for one year and then entered Scottish Church College to study philosophy. By this time, Narendra started questioning God and His presence. He also became a part of the Brahmo Samaj, a religious movement. Unsatisfied with only congregational prayers and devotional songs, he started looking elsewhere to find answers to his questions.

His search led Narendra towards Ramakrishna, whom he met in November 1881. After testing Ramakrishna to his maximum limit, Narendra accepted him wholeheartedly as his Guru. He remained with Ramakrishna for a period of five years. After the death of his Guru, Narendra took his vows as a monk, renounced the world and became Swami Vivekananda. In July 1890, Narendra started his journey as a wanderer, roaming around the country promoting the teachings of his Guru.

Swami Vivekananda established the Ramakrishna Mission to spread the teachings of his Guru, Ramakrishna, far and wide. He left for the holy abode in 1902, at the Belur Math, near Calcutta.