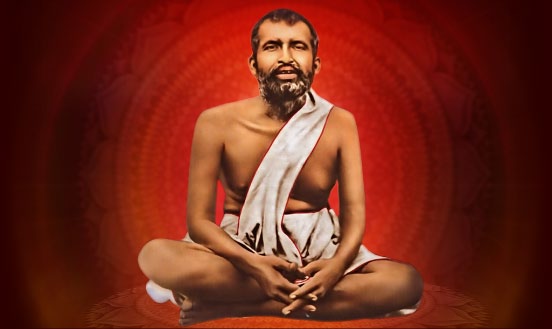 Ramakrishna Paramahansa — Ramakrishna was one of the greatest religious leaders ever born in India. He believed that every individual must have only one aim in life i.e., the realization of the Ultimate Reality. To achieve this aim, one of the preconditions is the purity of mind. He also played a significant role in the Bengal Renaissance of the 19th century. His disciple, Swami Vivekananda, founded the Rama Krishna Mission after his demise, to propagate his teachings throughout the world. Read on the biography further to know more about Sri Ramakrishna.

As per his life history, Sri Ramakrishna Paramahansa was born as Gadadhar Chattopadhyay in the year 1836. When the time came for Gadadhar to be ritually initiated as a Brahmin, he declared that he would take his first arms not from a Brahmin, but a certain low-caste woman of the village. No amount of persuasion could make him budge from his stand. Finally, Ramkumar, the elder brother of Ramakrishna, gave in to his wishes. After the passing away of his father, Ramkumar took the position of a priest in the Dakshineswar Temple. The same position was later occupied by Rama Krishna, after the retirement of his brother.

A wandering monk, known as Totapuri, initiated Ramakrishna in the Advaita Vedanta. The initiation took place in the city of Dakshineswar. It is said that after being initiated by Totapuri, Rama Krishna remained in a state of absolute meditation, for a period of approximately six months.

Ramakrishna married Sarada, when she was only five years old. His wife, Sarada became his first disciple. After the passing away of Ramakrishna, Sarada became a religious leader in her own right. With time, Ramakrishna came to be known as Ramakrishna Paramahansa. He developed throat cancer in the later years of his life and breathed his last on 16 August, 1886.

Swami Vivekananda, a disciple of Ramakrishna Paramahansa, founded the Rama Krishna Mission to promote the teachings of his Guru. Headquartered at the Ramakrishna Ashram of Belur, the mission aims at helping people in attaining salvation.

Ramakrishna believed and taught that…