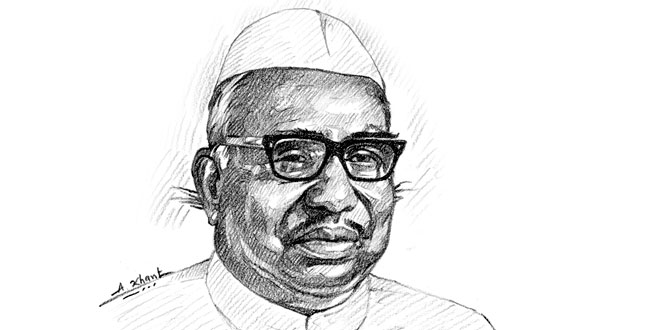 Ram was born into a Dalit family in what is now Bihar state and was among the first of his caste to receive a higher education. He attended Banaras Hindu University in Varanasi and in 1931 earned a bachelor’s degree from the University of Calcutta (now in Kolkata). Also in 1931 he became a member of the Indian National Congress (Congress Party), then led by Mohandas K. Gandhi. Ram played a role in the founding (1935) of the All-India Depressed Classes League, an organization dedicated to attaining equality for Dalits. During the late 1930s he also was elected to a position in the Bihar government and helped organize a rural labour movement.

Ram was jailed twice in the early 1940s for his political activities associated with the Quit India movement against British rule. In 1946 he became the youngest minister in Jawaharlal Nehru’s provisional government and, after independence in 1947, in the country’s national government. He held the labour portfolio until 1952. Thereafter he served in Nehru’s cabinet in the posts of minister for communications (1952–56), transport and railways (1956–62), and transport and communications (1962–63).

Ram supported Indira Gandhi (Nehru’s daughter) in her bid for elected office, and, when in 1966 she succeeded Lal Bahadur Shastri to the office of prime minister, Ram was appointed minister for labour, employment, and rehabilitation (1966–67). He served as minister for food and agriculture (1967–70), and in 1970 he was made minister of defense. During his tenure in that office, India helped to establish the independent state of Bangladesh. From 1974 to 1977 Ram was minister for agriculture and irrigation. He initially supported Prime Minister Gandhi’s declaration of a state of emergency in 1975. By 1977, however, he and several other politicians had resigned from the cabinet and formed the Janata (People’s) Party (JP; a precursor of the Janata Dal), a coalition that successfully opposed Gandhi and the Congress Party that year in elections to the Lok Sabha. Disappointed that he was not chosen prime minister, Ram once again accepted the post of minister of defense (1977–79) in two JP governments. He remained a member of the Lok Sabha until his death.