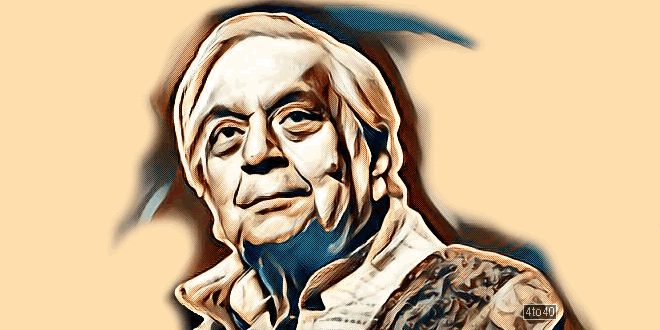 Brijmohan Mishra popularly known as Pandit Birju Maharaj (born February 4, 1938) is currently the leading exponent of the Lucknow Kalka Bindadin gharana of Kathak dance in India. He is a descendant of the legendary Maharaj family of Kathak dancers, including his two uncles, Shambhu Maharaj and Lachhu Maharaj, and his father and guru, Acchan Maharaj. Even though dancing is his first love, he also has an excellent command over Hindustani classical music and is an accomplished vocalist as well. He took Kathak to new heights by choreographing new Kathak dance dramas. He is also the founder of kalashram. He has toured extensively across the globe, given thousands of performances and held hundreds of workshops for kathak students.

After working along with his uncle, Shambhu Maharaj at Bhartiya Kala Kendra, later the Kathak Kendra, New Delhi, he remained head of the latter, for several years, till his retirement in 1998 when he opened his own dance school, Kalashram, also in Delhi.

Birju Maharaj was born in the house of noted Kathak exponent, Jagannath Maharaj, popularly known as Acchan Maharaj of Lucknow Gharana, who served as court dancer in Raigarh princely state. Birju was trained by his uncles, Lachhu Maharaj and Shambhu Maharaj and his father, and he gave his first recital at the age of seven. On 20 May 1947, his father died when he was nine. After a few years of struggle, his family moved to Delhi.

Birju Maharaj started teaching the dance form at the young age of thirteen, at the Sangeet Bharti in New Delhi. He then taught at the Bharatiya Kala Kendra in Delhi, and at the Kathak Kendra (a unit of the Sangeet Natak Akademi) where he was Head of Faculty, and Director, retiring in 1998 after which he opened his own dance school, Kalashram, also in Delhi. He composed the music, and sang, for two dance sequences in the Satyajit Ray’s Shatranj ke Khilari, and choreographed the song Kaahe Chhed Mohe from the 2002 film version of Devdas.

He has three daughters and two sons, of whom Mamta Maharaj, Deepak Maharaj and Jai Kishan Maharaj are Kathak dancers. He also has a Grandson Tribhuwan Maharaj.

Birju Maharaj has won many accolades, including Padma Vibhushan in 1986, Sangeet Natak Akademi Award and the Kalidas Samman. He also received honorary Doctorate degrees from the Banaras Hindu University (Varanasi) and the Khairagarh University.

He was the recipient of the Lata Mangeshkar Puraskaar in 2002.

He was spoofed in the 2007 film Apna Sapna Money Money with the name Sarju Maharaj Benaraswaale. He was played by Sanjai Mishra and his impostor was played by Riteish Deshmukh.

Birju Maharaj died due to a heart attack on 17 January 2022 at the age of 83 at his residence in New Delhi.