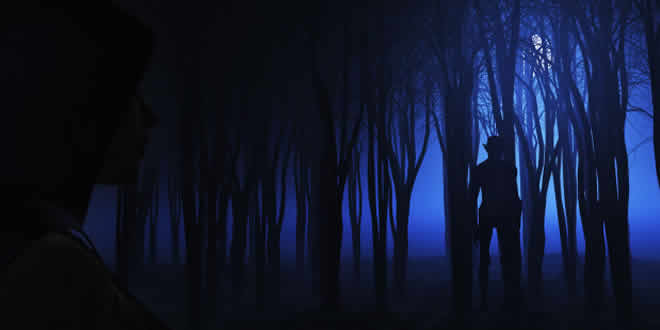 Ghosts On The Verandah: Story By Ruskin Bond

Bibiji, my neighbour, a warm, attractive woman in her early thirties, is fond of odd, macabre stories, most of which have their setting in her village near Mathura (Uttar Pradesh, India).

The other night Bibiji launched into an account of various types of ghosts she had known – the ghosts of immoral women – churels -who appeared naked with their feet facing backwards; ghosts with long front teeth who sucked human blood and ghosts who take the form of snakes and animals.

One species that I found particularly fascinating was the munjia (supposedly the disembodied spirit of a Brahmin youth who died before his marriage) which is said to take up its abode in the branches of a lonely peepul tree. When the spirit is annoyed, it rushes out from the tree and upsets tongas, bullock-carts and bicycles; even a bus is known to have been overturned by a munjia. According to Bibiji, should anyone be passing beneath a peepul tree at night, he must be careful not to yawn without covering his mouth or snapping his fingers in front of it. If he doesn’t remember to do this, the munjia will dash down his throat and completely ruin his digestive system.

Among other things, Bibiji told us of the night she had seen the ghost of her husband’s first wife. The ghost had lifted Bibiji’s baby, then a few months old, out of its cradle, rocked it in her arms for a little while, and announced she was glad the child was a good boy- a sentiment which is not shared by those who know him, for Bibiji’s son, now ten, is the most exasperating and dangerous character in the neighbourhood.

The villagers around Mathura, (according to Bibiji) have a means by which they can tell what form a departed person takes in his or her next life. After the cremation, some of the loved one’s ashes are placed in a basin and left outside at night, covered with a heavy lid. Next morning a footprint is found in the ashes. It may be the footprint of a man or a horse or an elephant according to the form taken by the departed soul. Bibiji told me that one of her more unpleasant aunts left the foot print of a pig.

In the course of the evening, I mentioned that a friend of mine had found a snake under his bed that very morning. Snakes, declared Bibiji, were very lucky omens if seen early in the morning.

“But what if the snake bites the lucky person? I asked.

“He will be lucky all the same,” said Bibiji with a logic that is all her own. She then told us the story of the snake who married a princess.

At first the princess did not agree to marry the snake whom she had met in a forest, but the snake insisted “I will kill you if you don’t marry me.” This settled the question. The snake led his bride away and took her to a great treasure. “I was a prince in my previous birth,” explained the snake. “It is all yours,” and then he very gallantly disappeared.

By eleven o’clock I was feeling almost reluctant to leave the company at Bibiji’s verandah and spend the night alone in my room. I could not help recalling the story of the man who woke up in the middle of the night and putting his hand under the pillow for his watch, touched a mouth with long teeth and hair around it. It did not make me feel any better to be told that I should recite certain mantras to keep away the more mischievous spirits.

But the more I repeated it the more uneasy I became. When I got into bed (taking care not to put anything under the pillow) I could not lie still but kept twisting and turning and looking at the walls for suspicious shadows. After sometime I heard knocking on the door, I found Bibiji’s daughters looking pale and anxious. In frightening me with their mother’s stories, they had also succeeded in frightening themselves.

“Are you all right?” they asked, “Wouldn’t you like to sleep in our house? It might be safer. Come, we will help to carry your bed across.”

“I’m quite all night,” I protested but I was hustled along to the next flat as though a band of ghosts was conspiring against me. Bibiji had been absent during all this activity and the first we heard of her was scream. We ran towards the sound and found her emerging from my room.

“Ruskin’s disappeared!” she cried, “His bed has gone too!”

And then, when she saw me dashing out of her flat in my pyjamas, she gave another shriek and fainted on the verandah. 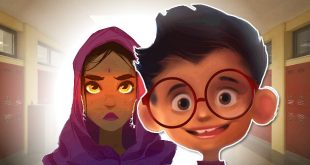