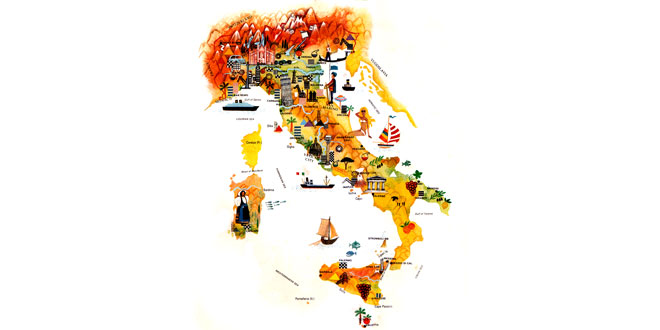 Mainland Italy and its islands are generally mountainous. The Alps, broken by several passes connecting Italy with Switzerland, form the northern border. The backbone of the Italian peninsula is formed by the Apennine chain, whose highest peak is the Gran Saao d’Italia. In the foothills of the Apennines, notably along the Tyrrhenian coast, there is a string of volcanoes. Apart from Iceland, Italy is the only country in Europe which has volcanoes that have erupted in recent times. The highest volcano is Etna (3,340 metres), where a lava flow was partly diverted away from the main channel in 1983. Vesuvius is equally famous and there are smaller active volcanoes in the Lipari Islands. In some places, hot springs and fumaroles (holes giving off sulphurours fumes) testify to continuing volcanic activity.

The fertile Po valley, which takes up a large part of northern Italy, separates the Alps from the Apennines. Other lowlands occur in river valleys and along the coasts. The flora is chiefly of the Mediterranean type. Evergreens, dense macchia (the equivalent of French maquis), stone pine, Aleppo pine, palm, olives, oleander, myrtle and fig and lemon trees are found on the coast and in river valleys. At higher levels are deciduous shrubs and woodlands, merging into coniferous forests in the Alpine regions. Wild animals include the roe deer, red deer, wolf, otter, fox, marten and, in places, porcupine. Moufflon, fallow deer and red deer still live in Sardinia, while the characteristic animal of Alpine regions is the chamois. There are many species of lizards and reptiles. Italy also lies on a major migration route for birds traveling between northern Europe and Africa.

Agriculture employed 11 per cent of the work-force in 1980. The chief crops are almonds, barley, citrus fruits, grapes (especially for wine-malking), maize olives sugar beet, tobacco and wheat. Tomatoes and other vegetables are widely grown. Cattle, sheep and pigs are all important, and milk and cheese are major products. Pasta, processes flour dough made into a variety of forms including spaghetti, is the most familiar staple food.

Industry employed 45 per cent of the work-force in 1980, although mineral resources are scanty. There is some anthracite and lignite, lead, mercury, oil and natural gas, sulphur, uranium and zinc, and marble is quarried in great quantities. But Italy has enormous hydroelectric potential and there are many power stations on the fast flowing mountain rivers. Italian industries, especially the manufacturing of cars and shipbuilding, are well developed. The engineering industry produces food-processing and textile machinery, equipment for chemical plants, machine tools, refrigerating plants, household appliances, such as refrigerators and washing machines, and business and printing machines. Plastics, paper and glass, furniture and musical instruments are also important. However, industry is unevenly distributed and the industrialized north remains far more prosperous than the mainly rural south. 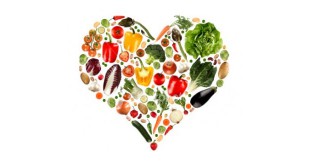