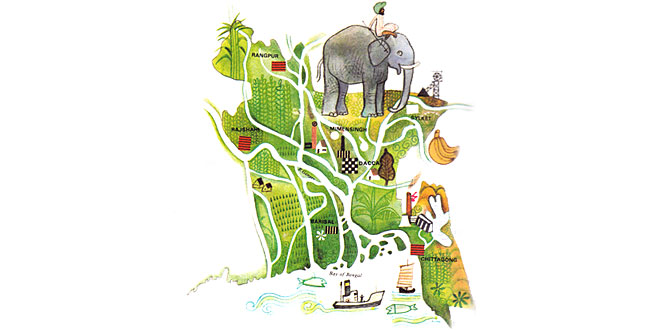 Bangladesh is a flat country occupying the delta of the Ganges and Jamuna (Brahmaputra), which frequently bring devastating floods. The original vegetation has been largely replaced by rice paddies and jute fields. Agriculture now employs three-quarters of the work-force and Bangladesh is a leading jute producer. Cotton, sugar cane, tea and tobacco are also important. The wet and hot climate makes it possible to harvest as many as three crops per year.