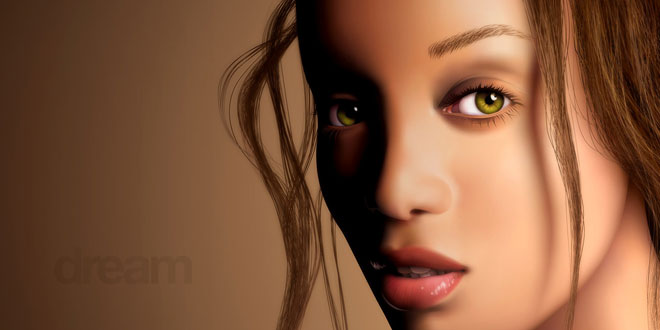 Tyra Banks — Tyra Lynne Banks is an American model, media personality, actress, occasional singer, author and businesswoman. Banks was born on December 4, 1973 in Inglewood, California. Banks attended John Burroughs Middle School and graduated in 1991 from Immaculate Heart High School in Los Angeles. She was accepted by USC and UCLA but declined to attend, instead pursuing a career in modeling. She first became famous as a model, but television appearances were her commercial breakthrough.

Banks began modeling in the 11th grade. She later went to Paris, France to do some runway modeling. She has done extensive print and / or runway work for fashion / advertising giants, such as Anna Sui, CoverGirl, Bill Blass, Chanel, Victoria’s Secret, and Yves Saint Laurent. She has appeared on the covers of high-fashion magazines such as Vogue, Harper’s Bazaar, Cosmopolitan, and Elle.

Banks was the first African American woman on the covers of GQ and the Sports Illustrated Swimsuit Issue. In 1997, she received the VH1 award for Supermodel of the Year. That same year, she became the first-ever African American chosen for the cover of the Victoria’s Secret catalog. In 2010, Banks re-signed with her former modeling agency IMG Models.

Banks’s television career began on the fourth season of The Fresh Prince of Bel-Air, in which she played lead character Will Smith’s old friend Jackie Ames. She made seven appearances in the series. Other TV credits include Felicity, All That, MADtv, Nick Cannon’s Wild ‘n Out (in which she was featured as a special guest host and team captain) and The Price Is Right (guest-starring as a “Barker’s Beauty”). She also appeared as a guest in the animated talk show Space Ghost Coast to Coast in an episode entitled “Chinatown.”

Tyra Banks started her own production company, Bankable Productions, which produced The Tyra Banks Show, America’s Next Top Model, and the 2008 movie The Clique. Banks is the hostess, judge and executive producer of The CW Television Network show America’s Next Top Model. In addition, she hosted The Tyra Banks Show, a daytime talk show aimed at younger women, which premiered on September 12, 2005, and ran until May 28, 2010. In 2008, Banks won the Daytime Emmy Award for her work and production on The Tyra Banks Show. In late-January 2008, Banks got the go-ahead from The CW Television Network to start work on a new reality television series based on fashion magazines called Stylista. The show premiered on October 22, 2008.

Banks’s first big screen role came in 1994, when she co-starred in the drama Higher Learning. She then co-starred with Lindsay Lohan in the Disney film Life-Size, playing a doll named Eve who comes to life and has to learn how to live in the real world. Other notable roles include Love Stinks (1999), Love & Basketball (2000), Coyote Ugly (2000) and Halloween: Resurrection (2002). She and Miley Cyrus poke fun at the excesses of the Hollywood lifestyle with a battle over a pair of shoes in Hannah Montana: The Movie (2009). Banks appeared in the fourth episode of the third season of Gossip Girl playing Ursula Nyquist, a larger-than-life actress who works with Serena.

Banks has appeared in several music videos, including Michael Jackson’s “Black or White”, Tina Turner’s “Love Thing”, Mobb Deep’s “Trife Life”, George Michael’s “Too Funky” (with fellow supermodel Linda Evangelista) and Lionel Richie’s “Don’t Wanna Lose You”. In 2004, she recorded her first single, “Shake Ya Body,” which had a music video featuring the final six contestants on America’s Next Top Model, Cycle 2. The video was world-premiered on UPN, but the single turned out to be a failure.

Banks released a single with NBA player Kobe Bryant, entitled “K.O.B.E.,” which was performed on NBA TV. She also has a single on the soundtrack to Disney Channel’s Original Movie Life-Size called “Be A Star.”

Banks announced in May 2010 that she would be writing a novel, called Modelland, loosely based on her own modelling experience. Scheduled to be released in September 2011, it is the first of a planned three-part series. On an interview with Good Morning America, Banks stated that Modelland is the story of four girls who are accepted into an “exclusive” modelling school in the world of Modelland. In 1998, Banks authored a book entitled Tyra’s Beauty, Inside and Out. In 2011, Banks enrolled in the Owner / President Management Program (OPM) at the Harvard Business School.

Continuing her dual career, Banks’ devotion to environmental issues has shown the world her ambition to be a role model as well. She is a promoter of a line of greeting cards for Children and Families, an organization dedicated to helping abused children. Created with the aid of children aged eight and nine, the card series is designed to promote literacy for children in troubled homes. Jason Clark, Rovi. In 1999, Tyra Banks established the TZONE program, which aimed at leadership and life skills development. In 2005, TZONE transformed from a camp into a public charity, the Tyra Banks TZONE Foundation.

Tyra, 36, and longtime boyfriend, businessman John Utendahl, 52, have been dating since 2007, and the former supermodel reportedly moved her show from L.A. to New York City that same year in order to be closer to him, which she denied. Seems they were engaged after she sported a ring on her left hand.