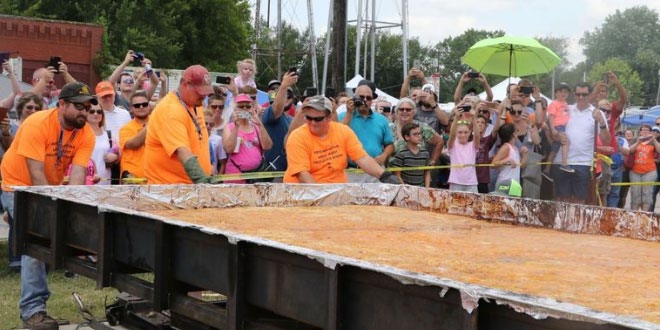 The Guinness World Records world record for the largest fruit cobbler weighed 1,021 kg (2,251 lbs) and was made by the Hampton Inn of Ruston (USA) for the 65th Annual Louisiana Peach Festival in Ruston, Louisiana, USA on 27 June 2015.

Volunteers started making the cake mix cobbler at 3 a.m. and placed it in the hand crafted oven heated to 350 degrees Fahrenheit at 8:37 a.m., The Tulsa World reports.

They checked on the cobbler every hour, and the crust had bubbled to a golden brown crisp by the time it was pulled out of the oven shortly after 1 p.m.