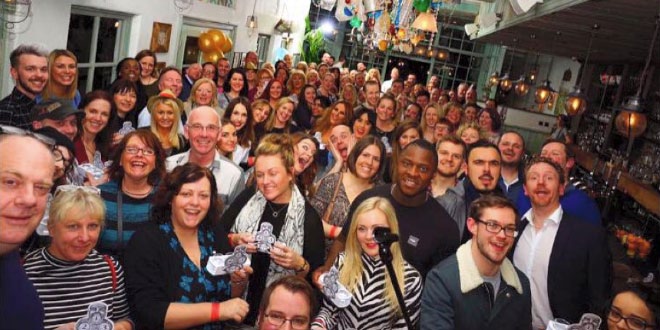 Guinness World Records also recognized the world record for the most varieties of gin commercially available is 623, achieved by Kevin Berkins (UK), at the Fence Gate in Burnley, Lancashire, UK, as verified on 1 July 2015.

Each taster sampled a flight of three gins from Tanqueray 10, Whitley Neill and Caorunn, before celebrating their success with free drinks and live music.

The New World Trading Company said it was “completely thrilled” to have claimed the title. The chain also holds the title for the most varieties of rum commercially available at The Smugglers Cove in Liverpool, which stocks 151 different types of the spirit.