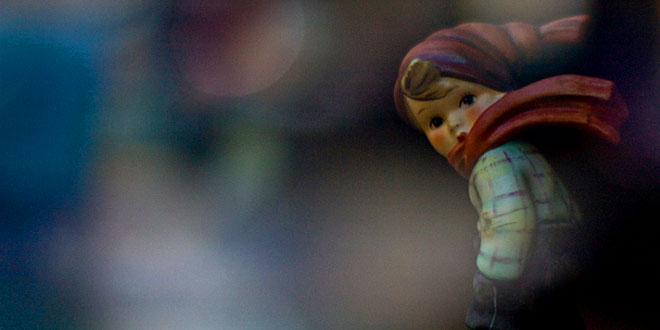 The Fairy Christmas: It was Christmas Day, and Toddy and Tita were alone. Papa and mamma had gone out West to see their big boy who was ill. They had promised to be home for Christmas, but a big snow had blocked the railroad track, and nurse was afraid the train would be delayed until the day after Christmas.

The Fairy Christmas: Etheldred B. Barry

What a dull Christmas for two little girls, all alone in the great city house, with only the servants! They felt so lonely that nurse let them play in the big drawing-room instead of in the nursery, so they arranged all the chairs in a row, and pretended it was a snowed-up train. Tita was the conductor, and Toddy was the passengers. Just as they were in the midst of it, they heard music in the street, and, running to the window, they saw a little boy outside, singing and beating a tambourine.

“Dess he hanged up bofe stockin’s an’ his shoes, too,” said Toddy.

“Let’s open the window and ask him.”

But the great window was too high to reach, so they took papa’s cane and pushed it tip. The little boy smiled, but they could not hear what he said, so they told him to come in, and ran to open the big front door. He was a little frightened at first, but the carpet felt warm to his poor bare feet.

He told them that his name was Guido, and that he had come from Italy, which is a much warmer country than ours, and that he was very poor, so poor that he had no shoes, and had to go singing from house to house for a few pennies to get some dinner. And he was so hungry.

“Poor little boy!” said Tita. “Our mamma is away, and we’re having a pretty sad Christmas, but we’ll try to make it nice for you.”

So they played games, and Guido sang to them. Then the folding doors rolled back, and there was the dining-room and the table all set, and Thomas, the black waiter, smiling, just as if it had been a big dinner party instead of two very little girls. Nurse said: “Well, I never!” when she saw Guido, but she felt so sorry for the lonely little girls that she let him come to the table. And such a dinner as he ate! He had never had one like it before. “It is a fairy tale,” he said.

Just as dessert came on, the door opened and in rushed mamma and papa; the train had gotten in, after all. They were so glad to see their darlings happy instead of moping that they gave them each some extra kisses. You may be sure little Guido never went hungry and barefoot after that. Long afterward he would say: “That was a fairy Christmas!”

That night, after Tita had said her prayers, she said:

“Mamma, I know something. Whenever you feel sad and lonely, if you will just find somebody sadder and lonelier than yourself and cheer them up, it will make you all right.”

And I think that that was the very best kind of a Christmas lesson of love. Don’t you?

~ ‘The Fairy Christmas’ story by “Etheldred B. Barry”