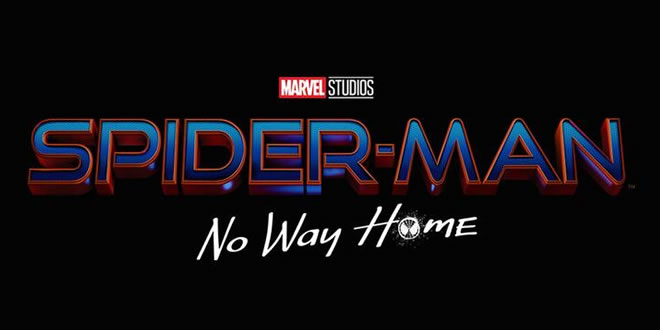 Spider-Man: No Way Home is a 2021 American superhero film based on the Marvel Comics character Spider-Man co-produced by Columbia Pictures and Marvel Studios and distributed by Sony Pictures Releasing. It is the sequel to Spider-Man: Homecoming (2017) and Spider-Man: Far From Home (2019), and is the 27th film in the Marvel Cinematic Universe. The film is directed by Jon Watts, written by Chris McKenna and Erik Sommers, and stars Tom Holland as Peter Parker / Spider-Man alongside Zendaya, Benedict Cumberbatch, Jacob Batalon, Jon Favreau, Jamie Foxx, Willem Dafoe, Alfred Molina, Benedict Wong, Tony Revolori, Marisa Tomei, Andrew Garfield, and Tobey Maguire. In the film, Parker asks Dr. Stephen Strange (Cumberbatch) to make his identity as Spider-Man a secret again with magic, but it breaks open the multiverse and allows five supervillains from alternate realities to enter Parker’s universe.

A third MCU Spider-Man film was planned during the production of Homecoming in 2017. By August 2019, negotiations between Sony and Marvel Studios to alter their deal—in which they produce the Spider-Man films together—ended with Marvel Studios leaving the project; however, a negative fan reaction led to a new deal between the two companies a month later. Watts, McKenna, Sommers, and Holland were set to return at that time. Filming began in October 2020 in New York City, before moving to Atlanta later that month and wrapping at the end of March 2021. No Way Home explores the concept of the multiverse and ties the MCU to past Spider-Man film series, with numerous actors—including previous Spider-Man actors Maguire and Garfield—reprising their roles from the Sam Raimi and Marc Webb-directed Spider-Man films. Maguire and Garfield’s return was the subject of intense speculation, and Sony and Marvel attempted to conceal their involvement, despite numerous leaks.

Spider-Man: No Way Home premiered at the Fox Village Theatre in Los Angeles on December 13, 2021, and will be released theatrically in the United States on December 17, as part of Phase Four of the MCU. The film received positive reviews from critics and audiences, with praise for the performances and chemistry of the cast, emotional weight, cinematography, action sequences, visuals, direction, villains, screenplay, musical score, characterization, and fan service.

Aside from focusing on Peter Parker and the high school years more than its predecessors, the only thing that really makes him distinctive is that he isn’t a standalone superhero, by which I mean he literally doesn’t stand alone. He’s Spider-Man in a world of wizards and fellow super people. He’s the Spider-Man that’s been to space and fought purple aliens armed with magic gloves. And without those team-ups and billionaire mentors, star cameos, and flashy tech, the MCU’s Spidey, thus far, just hasn’t been compelling enough to lead his own franchise. It’s why the Spider-Man movies are easily the most underwhelming of the MCU’s solo hero stories. And in No Way Home, once again, we need characters from other universes to show up for things to get exciting. It’s also why the best Tom Holland Spider-Man movies have been ones in which he pops in supporting role, for instance, his electric introduction in Captain America: Civil War and his key contribution as the beating heart of Avengers: Infinity War and Avengers: Endgame.

But with MCU Spidey’s own on-screen adventures, I’m yet to see anything that presents director Jon Watts as a distinctive storyteller. At best, his version has an irreverent, almost sitcom-like tone which ensures that none of the characters take anything that’s happening too seriously.

No Way Home picks up immediately after the events of 2019’s Far From Home, with a freshly outed Peter Parker, after Jake Gyllenhaal’s Mysterio broadcasted Spider-Man’s real identity to the entire world. A bewildering media frenzy follows, involving Peter and his loved ones being engulfed by criminal investigations and public trials. Spider-Man becomes a divisive celebrity figure with adoring fans and detractors who resent him. In short, he becomes ‘the most popular person in the world’. Odd, considering I don’t remember MCU Spidey being presented as a particularly well-known, world-renowned figure. He was just another hero in a world bursting with them.

Either way, the point is Peter’s life is overturned overnight as we’re shown in a series of rushed, disorienting and poorly fleshed out flashes. And all of this is taking a toll on his friends and loved ones. How, you ask? Are they in danger? Are the bad guys after them? Nope, but got rejected by MIT. The ‘first-world problems’ remind you of the film’s core theme: kids trying to live normal lives with superheroism continually getting in the way. To rectify this, and because he can no longer bear to see his friends be tormented by college rejection letters, Peter turns to one Dr Stephen Strange to ask his magical super-friend, a super-favour. With great power comes great irresponsibility, you might say. As requested, Dr Strange casts a spell to make the world forget he’s Spider-Man, but Peter’s nervous nattering ruins the enchantment, meaning that everyone who knows Peter Parker’s real identity from every universe comes crashing through. Enter familiar foes from franchises past, such as Doc Oc, Sand Man, Green Goblin, Electro, Lizard and beyond.

What follows is a mostly odd and almost impressively convoluted set of events from writers Chris McKenna and Erik Sommers, about what to do with said villains. Events that exist only to set up the film’s grand (and undeniably satisfying) massive climax. It’s hard not to marvel at the sheer ambition and scale, offering the grand spectacle movie experience.

But the largely satisfying and briefly exhilarating triumph of No Way Home lies not in the storytelling as much as it does in getting actors and characters from previous Spidey movies to return. The appeal here is the thrilling novelty factor of what happens, not why or how it happens.The Avengers, Civil War and Endgame were more than mere tick-box exercises at blandly stuffing as many super-faces in a single frame. There was thought, build-up, and a sense of journey attached. Whereas here, it’s just seeing familiar figures alone that’s supposed to be enough for us. It’s also worth mentioning that these are villains from those previous franchises entering this one with its very different tone, so naturally, everyone is a more comical, diluted, and banter-y version of themselves.

Shaky plot aside, No Way Home relies on the customary steady stream of explosions, pre-visualized fight scenes, and eager-to-please humour to keep things going, ensuring there’s never a dull moment, but rarely a great one. Instead, it works better in the few sequences where it actually chooses to take itself seriously, when there are real stakes and something is actually on the line for Peter, such as in the big, emotionally turbulent middle.

In the end, in paying homage to what’s come before, aside from the crowd-pleasing thrills, all No Way Home really achieves is making us want to revisit Sam Raimi and Marc Webb’s movies, to remind us how (relatively) more distinctive those were, and how generic and unremarkable these films have been. Or even Spider-Man: Into The Spiderverse – which remains the gold standard in multiverse-y superhero storytelling.

No Way Home’s closing moments, however, seem to promise to take the films in a new, more serious direction. For Peter, the ground has shifted and the world has changed. He is no longer the same. He’s realized he can’t have it all and to live this life demands sacrifice. It’s a rare quiet moment that left me hopeful for the future of the franchise. One that suggests that maybe he no longer needs narrative crutches or cameos, wizards or super friends. Maybe, it’s finally enough for him to just be our friendly neighborhood Spider-Man.