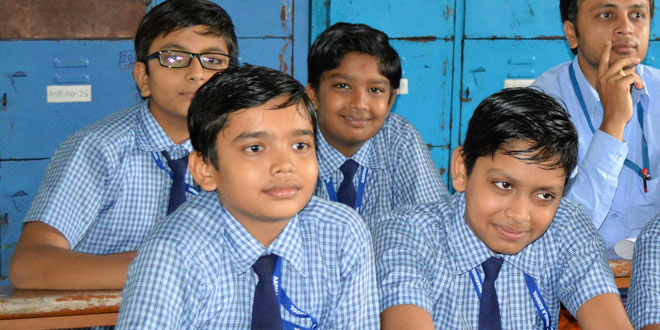 Amit and Nikhil were fast friends. Both were 11 years old and studied in class 6. Both the friends were helpful and caring. They always took care not to hurt each other’s feelings.

Motu was one of those boys. Motu was pampered son of rich parents. He was nil at studies. He wanted all the boys to praise only him. So, he was always surrounded by a group of flatterers.

Motu felt jealous of Amit and Nikhil. He wanted to break off their friendship.

“But why do you want to break off their friendship?” asked Gotu.

“Once their friendship breaks off, they will become enemies. The hatred between them will be as intense as their love now.”

“If it happens, they will also fare badly in the extra curricular activities,” explained Motu.

So, his friends decided to break off the friendship between Amit and Nikhil. 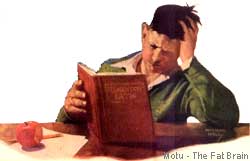 Motu was rich. Wherever his friends would go to Nikhil and Amit, he would get angry on them. “Why do you go to them? Come, I’ll treat you,” he would say.

“We had to take some notes from Amit. He makes very good notes,” one of friends would say.

“I had gone to Nikhil to get solve a sum. Nikhil is very good at Maths,” another friend would say.

“Ok, ok, now come on,” Motu would get irritated.

One day Nikhil said to Amit, “I have received a letter from my father today. He has written that he will not be able to send me money this month. Can you lend me ₹300 to pay the fees and to buy a few books?”

“Don’t joke. My whole year will get spoiled if I don’t pay my fees,” said Nikhil.

“Had I got the money, I would have definitely given to you. But I can’t borrow it for you.” Saying this, Amit left for the class.

Nikhil become sad. “What to do now?” he sat there in a dejected mood.

“What is the matter with you? You seem to be very sad,” asked Gotu as he passed that way just then.

Nikhil told him everything.

Gotu then went and told Motu about Nikhil.

Motu was glad to get this bit of information. “All right, I will do something,” he said. 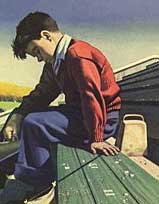 The next day, the teacher announced that the school was arranging a trekking trip. The students wanting to go for trekking trip had to pay ₹500 in advance.

“Here take ₹ 500. Go and get Amit’s name included in the list of students going for trekking,” Motu said to Gotu.

“You foolish boy! This is my trick. You won’t understand it. Go and submit this money in Amit’s name,” said Motu laughing.

Gotu thus went and get the money submitted in Amit’s name. He gave the receipt to Motu.

Later, when Nikhil saw Amit’s name in the list of the students going for trekking, he was shocked.

“Amit was saying that he had got only ₹ 20, then how has he paid ₹ 500? He has not even told me,” Nikhil felt very hurt to realize that his dear friend had lied to him.

Nikhil at first thought of going to Amit. But he decided against it and kept quite.

When Amit saw Nikhil behaving in an odd manner, he thought that he was perhaps sad for not submitting his fees.

He tried to find out the cause of his sadness. But Nikhil did not tell him anything. 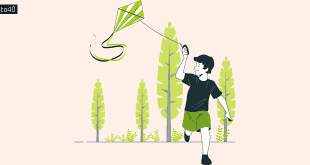