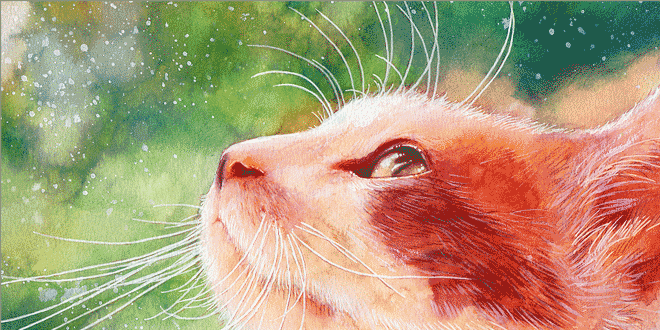 Heart Touching Story of A Boy and His Cat: A Cat to Remember

“Meow, meow.” The weak cry came from a drain at the side of the street just as Yusuf was passing by. He stopped and listened. The cry came again: “Meow, meow.”

Yusuf looked into the drain. A kitten, thin, gray with dirt, and very wet, looked up beseechingly at him. Yusuf reached down into the deep drain, picked the kitten up, and set it on the boards that covered half the drain. It just stood there, looking very forlorn. “Poor little Puss,” said Yusuf, “come, I’ll take you home with me.”

Yusuf’s mother was not happy about the kitten. “You know, Yusuf, we’ve applied for a flat. You know that the regulations there forbid pets and that we can’t take the cats with us. Already we have three of them to worry about when we move. How can we find four people to give them homes? It won’t be easy, let me tell you.”

But Yusuf begged so hard to keep the kitten that his mother finally gave in, with the warning: “But it won’t be for always. Do you understand that?”

Yusuf promised that he himself would find a home for the stray when the time came. He fed it and then cleaned it. They were all surprised when they found that the kitten-Puss they called it-was snow white. Her eyes were a beautiful blue.

As the months passed, Yusuf grew fonder and fonder of Puss and pushed out of his mind the thought of moving to a flat. Perhaps they’d never get a flat, and he would be able to keep his pet.

Puss grew into a handsome creature with long silky hair and a fine straight bushy tail. She was not at all like their other three cats, which were short-haired and had kinks in their tails. Yusuf loved her more than he had ever loved any of the others.

There was great excitement when the family found that Puss was going to be a mother. They fussed over her and talked often of Puss and the kittens she was going to have.