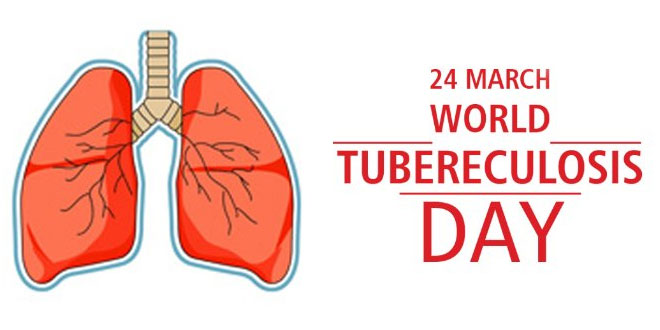 World TB Day is celebrated every year by the people all across the world at international level on 24th March. It is celebrated to raise the common public awareness about the epidemic disease of tuberculosis as well as get their efforts in order to totally eradicate this disease. As around 1.7 million of the people are dying of this disease every year. 24th of March has been established to commemorate the tuberculosis day by all at one place in order to get some solution to eradicate it from the world.

Tuberculosis was first discovered by the Dr. Robert Koch in the year 1882 and amazingly announced by him to the small group of scientists at “the University of Berlin’s Institute of Hygiene” about the cause of tuberculosis means the TB bacillus. He announced publicly about this virulent human infectious disease and explained about the aetiology of the tuberculosis through the presentation of many microscope slides. During his announcement in the Berlin, it was spreading very fast in the Europe and the Americas of which the death ratio was one out of seven. His discovery about the tuberculosis had opened a big door in front of the people to get diagnosed and cured of tuberculosis.

On the 100th anniversary of Tuberculosis presentation of the Dr. Robert Koch, “the International Union against Tuberculosis and Lung Disease (IUATLD)” had planned to establish 24th of March to be celebrated as an annual official event, the World TB Day. This was established by the effort of both the IUATLD and the WHO under the theme “Defeat TB: Now and forever”. However, it was not announced as an official event to be celebrated annually by the WHO’s World Health Assembly and the UN.

A new network “Stop TB Partnership” has been launched by the various organizations to fight against TB by highlighting the scope of prevention and cure of this disease to the common public. ICRC (International Committee of the Red Cross) is helping people to fight against TB in prisons because of the overcrowding and poor nutrition.

WHO’s Science in 5: Tuberculosis and COVID-19

World TB Day is established as an annual event to be celebrated by the people to aware them about the basic and essential knowledge of tuberculosis, causes, prevention and cure of this disease to get prevented and eradicate this disease from the world. It is very necessary to aware people of all group and field about this epidemic disease to take precautions. All the people at workplace or at home should be encouraged about their health maintenance and must know about the prevention from tuberculosis.

It is an airborne disease cause by the Mycobacterium tuberculosis (which generally affects the lungs) and can kill around 4000 people every day. It gets transmitted from the infected person to another weak person through the droplets formed in the throat or lungs. According to the report in 2005, it was noted that most infected people were from the south-east Asia (34% of the global case). 8.7 million new cases were raised whereas 1.4 million of the people were died of TB (64000 deaths of children) in the year 2011. Most of the death cases belong to the low and middle income group including poor communities and vulnerable groups.

People must known that it is a completely curable disease at very low-cost through the DOTS treatment administered by the government. Its treatments and diagnostic tests should be accessible by each and every person affected by the tuberculosis all over the world and death rate of this disease should be zero.

World TB Day celebration provides a big opportunity to all the people to get aware about the causes and precautions of TB. It mobilizes the political and social authorities for further progress towards the disease prevention for the effective reduction in the TB cases and death rate in the coming years. Since 1990, the mortality rate of TB has decreased by 40% all over the world. Invention of various new TB tools has occurred for rapid diagnostic tests of TB. All this have become possible only because of this awareness campaign.

World TB Day is celebrated every year by the health organizations, NGOs, government and non government organizations including other health agencies to raise the awareness among common public all across the world about the epidemic disease, tuberculosis by organizing the variety of campaign related activities such as debates on TB prevention and cure, award ceremonies for the organizations involved in the prevention and fight against TB, photo exhibitions showcasing images in order to raise awareness of TB, charity events for fund raising required to control TB and lots of activities associated with the disease prevention and cure. Active participation is required by the all group people, communities and government agencies to work together to broadcast the real messages to each and every person live in the world.