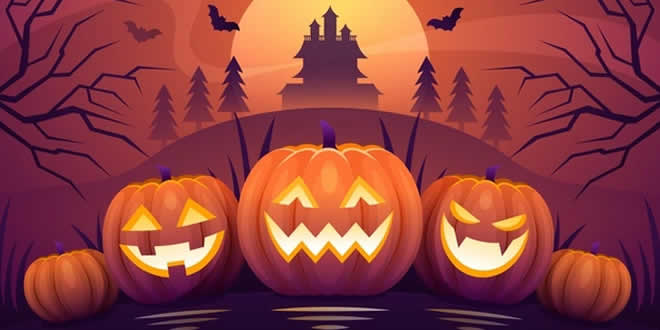 Pumpkins Are Here Poem: Trick-or-treating—going from house to house in search of candy and other goodies—has been a popular Halloween tradition in the United States and other countries for an estimated 100 years. But the origins of this community-based ritual, which costumed children typically savor while their cavity-conscious parents grudgingly tag along, remain hazy. Possible forerunners to modern-day trick-or-treating have been identified in ancient Celtic festivals, early Roman Catholic holidays, medieval practices and even British politics.

We hope you liked this poem by “Mary”  – We request you to give your feedback using comments box given below. If you like it – please Share or Like it.

By the ninth century, Christianity had spread into Celtic lands, where it gradually blended with and supplanted older pagan rites. In 1000 A.D. the church designated November 2 as All Souls’ Day, a time for honoring the dead. Celebrations in England resembled Celtic commemorations of Samhain, complete with bonfires and masquerades. Poor people would visit the houses of wealthier families and receive pastries called soul cakes in exchange for a promise to pray for the souls of the homeowners’ dead relatives. Known as souling, the practice was later taken up by children, who would go from door to door asking for gifts such as food, money and ale.

In Scotland and Ireland, young people took part in a tradition called guising, dressing up in costume and accepting offerings from various households. Rather than pledging to pray for the dead, they would sing a song, recite a poem, tell a joke or perform another sort of “trick” before collecting their treat, which typically consisted of fruit, nuts or coins. 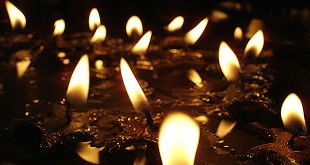