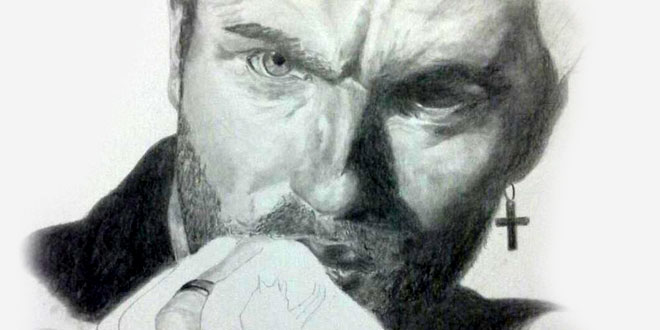 The musical superstar, who originally made his name in the pop group Wham! before finding global success as a solo artist, passed away at his home in Oxfordshire. Police say there are no suspicious circumstances.

In a statement, the star’s publicist said: “It is with great sadness that we can confirm our beloved son, brother and friend George passed away peacefully at home over the Christmas period.

“The family would ask that their privacy be respected at this difficult and emotional time. There will be no further comment at this stage.”

Billboard reported that the musician’s former manager Michael Lippman had claimed he had died as a result of “heart failure”.

Thames Valley Police said officers were called to a property in Goring-on-Thames, Oxfordshire, shortly before 2pm on Christmas Day. Their statement reads: “Sadly, a 53-year-old man was confirmed deceased at the scene. At this stage the death is being treated as unexplained but not suspicious.”

The singer had been reclusive in recent years, including spending much time abroad being treated for illness. He almost died from pneumonia in 2011.

He first burst onto the pop music scene as a precociously talented young musician, both writing and performing as one half of Wham!, alongside his great school friend Andrew Ridgeley.

In 1987, he went solo, and was rewarded with his first album, ‘Faith’ selling more than 20million copies. In total, he had seven number one singles in the UK, and eight more in the US. He was ranked by Billboard magazine in 2008 as the 40th most successful pop artist of all time.

Away from the studio, his personal life knew massive highs but terrible lows. He lost his partner to AIDS in the late 1990s, a grief he poured into his following album, ‘Older’, which included the incredibly personal song ‘Jesus to a Child’.

He was unceremoniously outed in 1998, after being arrested in a Los Angeles toilet. This was an incident he addressed with his customary double talent, that of his music, and of taking the mickey out of himself, with a tongue-in-cheek song, and accompanying video, ‘Outside’.

He had been relatively reclusive in recent years. However, he proved his talents once again with his ‘Symphonica’ tour in 2011, when he performed the best of his music, new and old, with a full-size orchestra accompanying him.

He had to abandon his tour when he was diagnosed with pneumonia, but returned to the stage in 2014, when his showmanship was as dazzling as ever.

His last released single was ‘White Light’, which referenced his illness and which he sang before a worldwide audience, on stage at the 2012 London Olympics, one of his very final public performances.