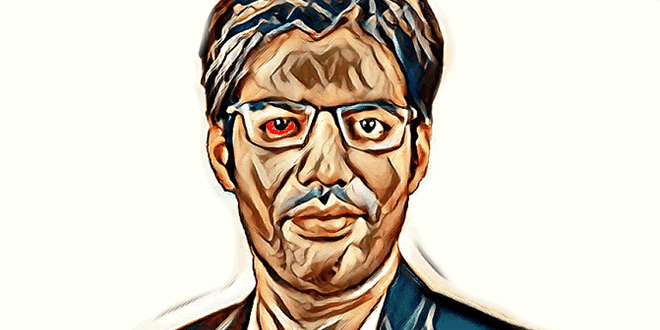 In the afternoon today, Vibhor had tweeted that Mumbai police had reached his residence to arrest him.

So Mumbai Police is finally here to Arrest me. Thanks for this opportunity @AUThackeray. See you soon @CPMumbaiPolice.

Under which charges he has been arrested is not clear yet. Reportedly, he will be in the custody of the cyber cell at Bandra Kurla Complex in Mumbai.

Last month, a Mumbai civil court had restrained Vibhor Anand and some other from dragging the name of actor Arbaaz Khan in the Sushant Singh Rajput case. This was done after the actor had filed a defamation suit for dragging his name in the case. Along with that, he had also sought to restrain them from posting or publishing any comment against him in this regard.

But despite this order, Vibhor had again named Arbaaz Khan yesterday in connection to the case. In a YouTube live session, he claimed that on 7th June, Disha Salian was brought into a party organised by Ekta Kapoor at a farmhouse at Juhu. He alleged that Arbaaz Khan, Showik Chakraborty, Aaditya Thackeray and others were present at the party.

Along with this, he had made several other shocking allegations, which we are not reproducing here as they are not verifiable and there is a court order prohibiting naming Khan in connection with the case.

Therefore, it is being speculated that Vibhor Anand has been arrested by Mumbai police for violating the court order and naming Arbaaz Khan in regard to the Sushant Singh Rajput’s death case. He also named Maharashtra minister Aaditya Thackeray, which could be another reason.

Vibhor Anand Explains Adrenochrome | How is it Extracted | Salman Khan user of Adrenochrome?