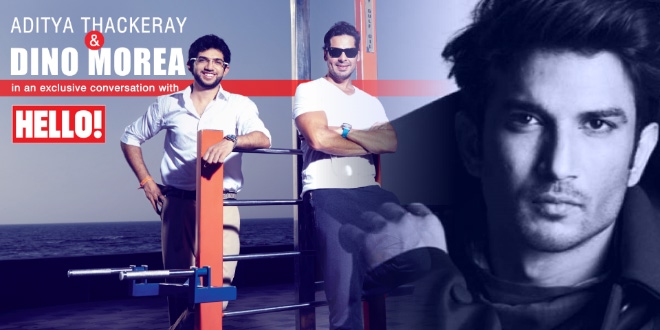 Senior advocate Maninder Singh appearing for the Bihar government in the death case of actor Sushant Singh Rajput refuted the allegation of political pressure, bias and influence by the Nitish Kumar govt, as made by actress Rhea Chakraborty.

Supreme Court heard Rhea Chakraborty’s plea for the second time in connection with Sushant Singh Rajput death case today. Senior advocate Maninder Singh appearing for the Bihar government in the case argued that the FIR lodged in Patna in relation to the actor’s suicide in Mumbai is legal and valid, as he refuted the allegation of political pressure, bias and influence by the Nitish Kumar govt, as made by actress Rhea Chakraborty.

Speaking on the allegation that the FIR in Patna was lodged at the behest of Bihar Chief Minister, Maninder Singh who is backing the Bihar government said: “Regarding the Bihar CM playing a role, there is also mention of Maharashtra CM’s son and his involvement in the case. There is huge political clout pressuring police not to register an FIR.”

Divan: Its a very charged situation. I hope there will be protection for the petitioner in the case which has been extremely politicized.
I will place a short note with judgments by tomorrow

FIR in Bihar was registered as at least some authority had to do “doodh ka doodh Paani ka paani” in the death case of Sushant Singh Rajput: senior advocate representing Bihar govt in SC

FIR in Bihar was registered on the basis of legality because some authority has to investigate and not social media. We had to do “doodh ka doodh Paani ka paani.” There was no investigation that was being done. Nitish Kumar did not intervene here at all, the Bihar government’s counsel argued alleging that there was non-cooperation from Maharashtra Police in the case.

Even Rajput’s postmortem report was not given to the state police by the Maharashtra police, the Bihar government said.

Slamming the Maharashtra police for the lukewarm investigation it has been conducting in the late actor’s death case, the Bihar Government counsel argued: “56 people were examined by the Mumbai police. Final report of post mortem came on June 25. Maha police did not register an FIR even though it examined so many people. The verdict states post mortem date is the last date for police to rely on Section 174. After the final post mortem report either proceeding are closed under 174 CrPC or FIR is registered. How many out of 56 people were examined after June 25 when the final post mortem came in”? asked senior advocate Maninder Singh speaking in favour of Bihar government in SC today.

A bench of Justice Hrishikesh Roy was told by him that no FIR has been lodged in Mumbai yet on Rajput’s death.

The hearing was held on late actor’s girlfriend Rhea Chakraborty’s plea seeking transfer of the FIR, accusing her of abetting the actor’s suicide, from Patna to Mumbai.