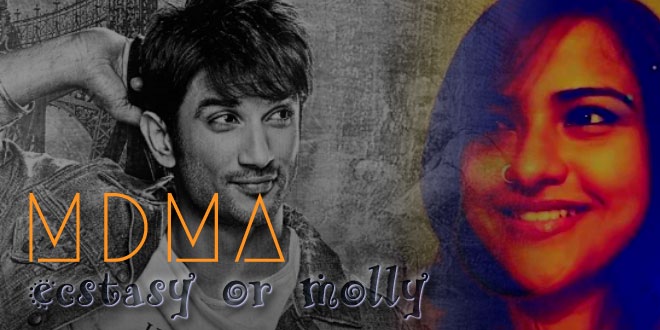 Sushant’s sister Shweta Singh, reacting to the drug angle to the case, demanded immediate action from the CBI. Taking to Twitter, she wrote, “This is a CRIMINAL OFFENSE! Immediate action should be taken by CBI on this.”

As the Sushant Singh death case gets extensive media coverage and constant updates, in a latest development, it has been reported that the Bollywood actress Rhea Chakraborty, may have had been links with narcotics dealings and usage.

According to Times Now report, a new drug angle has emerged in the case of the 34-year-old actor’s suspicious death after the Enforcement Directorate accessed WhatsApp chats of the actress, which alleged “usage and dealing” of drugs.

A series of WhatsApp messages which was allegedly sent from Rhea Chakraborty’s mobile phone revealed Rhea’s occasional use of drugs like MDMA, marijuana, etc, claimed the report. The chats were deleted and have been retrieved for the investigation, as per reports.

In one of the conversations, reported by Zee News, Rhea had allegedly spoken to a drug dealer named Gaurav, saying “Incase we speak about hard drugs, I haven’t been doing too much. Tried MDMA once” and goes on to ask “You have MD?”

The conversations have been reportedly retrieved from deleted WhatsApp messages of Rhea.

Similarly, in another conversation, a contact named Miranda in Rhea’s phone informs the actress “Hi Rhea, the stuff is almost over.” Miranda then asks Rhea “Should we take it from Showik’s (Rhea’s brother) friend? But he has just hash & bud.”

The next conversation between Rhea and her friend Jaya Shah, released by Times Now, has some interesting details. Talking to Rhea on November 25, 2019, Jaya advises, “Use 4 drops in tea or water and let him sip it… Give it 30-40 minutes to kick in”. Thank you so much,” Rhea texts Jaya Saha, as Jaya replies to Rhea saying “No problem bro, hope it helps”.

Sushant’s sister Shweta Singh, reacting to the drug angle to the case, demanded immediate action from the CBI. Taking to Twitter, she wrote, “This is a CRIMINAL OFFENSE! An immediate action should be taken by CBI on this. #RheaDrugsChat”.

This is a CRIMINAL OFFENSE!! An immediate action should be taken by CBI on this. #RheaDrugsChat https://t.co/QKSRWdsyrX

Following the disclosure, the Narcotics Control Bureau (NCB) may also likely initiate investigations in the case after the emergence of the ‘drug conspiracy’ in the death case.

Meanwhile, Rhea’s lawyers have dismissed the reports saying, “Rhea has never consumed drugs in her life ever. She is ready for a blood test”.

Jaya Saha is a talent manager who working at KWAN Talent Management Agency. She came into limelight after the death of the late Bollywood actor Sushant Singh Rajput. During the investigation, Enforcement Directorate (ED) found a WhatsApp chat between Sushant’s ex-girlfriend Rhea Chakraborty and Jaya Saha.

As per reports, a new drug angle is revealed in this case, as the WhatsApp chat between Rhea and Jaya has exchanged messages about drugs.

Immediately after that, this information was shared with the Narcotics Control Bureau for further investigation.

In Whatsapp chat, Rhea and Jaya Saha talking about the usage of a particular drug. The conversation is dated 25 November 2019.

She did her schooling from Utpal Shanghvi Global School, Mumbai. After that, she went to Mount Carmel College from where she completed her graduate course in Bachelor of Arts in Communication, Journalism, and related programs.

She also went to Amity Business School from where she completed her Master’s degree in Mass Communication, Public Relation, Advertising, and Applied Communication.

She is working as a talent manager with the KWAN Talent Management Agency Private Limited and is associated with many known personalities in the B-town.