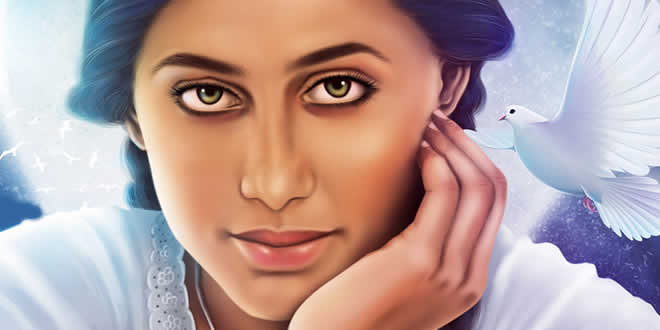 If not on Women’s Day, when! Here are some of the most fierce, fearless and fabulous female characters to have lit up our screens.

I’ve always bristled at the idea of having a designated day to celebrate women. One half of humanity shouldn’t need a day to assert achievements and rally for equality. This should be a given. But since we are far from having that Utopian ideal, I’ll take the day. I’m celebrating International Women’s Day with an imaginary party, and on the guest list are some of my favourite female characters from Hindi cinema.

Long before the hashtag MeToo, Sonbai was calling out sexual predators. All those years ago, Ketan Mehta created a feminist classic, set in colonial India, in which the women in a Gujarat village come together to oppose a sadistic subedar and systemic patriarchy. Smita Patil as the fiery Sonbai, who refuses to submit to the subedar, was spectacular. Perhaps she could tell me what her life was like after she put down the sickle she wielded in that iconic last scene.

An alcoholic with dignity is not an easy role to pull off in Bollywood, but Dimple Kapadia, with exactly the right touch of brittle grace, made it seem effortless. Tara, bruised from a nasty divorce, hurting and lonely, knocked back the booze but never relinquished her independence. And in that tenuous relationship with Sid, she found a semblance of peace.

Here was a dancing girl who fell in love with a crown prince and took on the emperor of India. Has there ever been a declaration of love as cheekily defiant as Anarkali (Madhubala) singing Pyar Kiya To Darna Kya in that hall of mirrors, before a seething Emperor Akbar? When she swirls in front of him and says, ‘Purdah nahin jab koi khuda se, bando se purdah karna kya,’ she gets the moral upper hand. I disagree with the emperor too. I think she would have made a fine Malika-e-Hindustan.

What a mystery Nimmi is. Reckless, selfish, desperate for love; also an accomplice to murder. She lives with a fearsome criminal but flirts outrageously with his most able lieutenant. Their union upends the strict order of their world. In the end, as Nimmi (Tabu) lies dying in Maqbool’s arms, she asks, ‘Kya sab gunah tha, miya.’ My answer is no. Their doomed love was a thing of beauty.

Buaji is a 55-year-old widow with white streaks in her hair and an authoritarian manner, who also has a throbbing crush on her swimming instructor. This feminist drama by Alankrita Shrivastava is among the few Hindi films to explore the sexuality of an older woman. Ratna Pathak Shah gave Buaji’s longing such dignity too. I think she would be great company.

Shekhar Kapur‘s rendition of Phoolan’s life on film had many detractors, including Phoolan herself, but the power of Seema Biswas’s National Award-winning acting debut is undeniable. Amid scenes of rape and harrowing violence, she towered, with her rage and her red bandana. Imagine the stories she would have to tell.

To this mix, I would add Piku from Piku, Vidya Bagchi from Kahaani, Rani from Queen, Ila from The Lunchbox, Seema Sohni from Mr. India and Poo from Kabhi Khushi Kabhie Gham… Think about the conversations in the room with these fabulous women all gathered together!