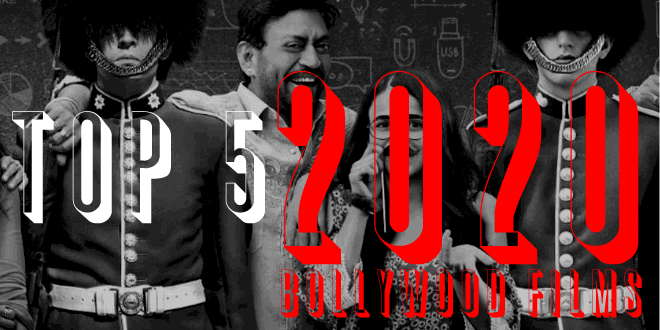 From a fun caper to films that sparked debate, here’s a selection of the best the Hindi film industry had to offer this year

It hasn’t been the best year for Bollywood.

Owing to the pandemic, a number of films were stalled or postponed, with no big-ticket releases making it to the screens – big or small. It was, instead, a year in which some great television series, such as Special Ops, Paatal Lok and Aarya, hit India’s streaming platforms.

Although films were few and far between, here are five that are still worth the watch.

Top five Bollywood films of 2020 – [1]: The year started off strong with the release of this heart-warming sports drama in January. Starring Kangana Ranaut, Jassie Gill, Richa Chadda and Neena Gupta, it tells the tale of a kabaddi champion called Jaya (Ranaut), who has left her sporting ambitions behind and dedicated herself to domestic duties.

A meeting with an old friend reminds her of what she’s missing, and she decides to get back into the ring, with a supportive husband taking care of the house. The film beautifully showcases her struggle as she battles the pressures of a patriarchal society and her love for the sport.

Top five Bollywood films of 2020 – [2]: This Netflix Original is inspired by the true story of ballet dancers Manish Chauhan (who also stars in the film) and Amiruddin Shah (portrayed by Achintya Bose), who come from humble beginnings and are encouraged by their mentor, Yehuda Maor, ultimately making it to global institutes.

Ballet is not a common dance form in India and director Sooni Taraporevala beautifully captures the struggles of the two teenage boys, without glorifying poverty, as many international directors are guilty of doing. An inspiring tale coupled with brilliant performances make this a great watch.

Probably one of the most talked-about films when it was released at the beginning of the year, director Anubhav Sinha’s drama, which stars Taapsee Pannu in the lead role, explores how women are conditioned by their families and society to make allowances for men’s behaviour – even in the case of domestic violence.

While Pannu’s story forms the main plot line, the film also features the stories of other women in her life, who, irrespective of their economic backgrounds, are hugely affected by the actions of men in their lives. Realistic and hard-hitting, the film asks uncomfortable questions at a time when India is witnessing a high number of cases of violence against women. It is available to stream on Amazon Prime.

Actor Irrfan Khan’s swansong does not quite match up to the similarly themed Hindi Medium, but is still worth a watch. Khan plays a hapless father with limited means, who tries everything in his power to make his daughter’s dream of studying in London come true. As expected, Khan is stellar in his turn as Champak Bansal – a small-time businessman who has never left the country – but even better in scenes with Deepak Dobriyal.

Emotional, heart-warming and hilarious in equal parts, Angrezi Medium is a reminder that Khan possessed the ability to elevate even the most average plot into a film worth your time.

A Netflix Original that was delayed because of the pandemic but eventually released in November, this film boasts an all-star cast that includes Abhishek Bachchan, Aditya Roy Kapur, Sanya Malhotra, Rajkummar Rao and Pankaj Tripathi, among others.

A fun, dark crime comedy, it features interconnected storylines (with each following a different “colour”, like in the game Ludo) that come together in a way that doesn’t seem forced or convoluted. Featuring a great background score, Anurag Basu’s latest release is an entertaining watch. 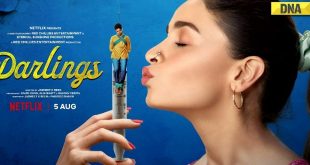