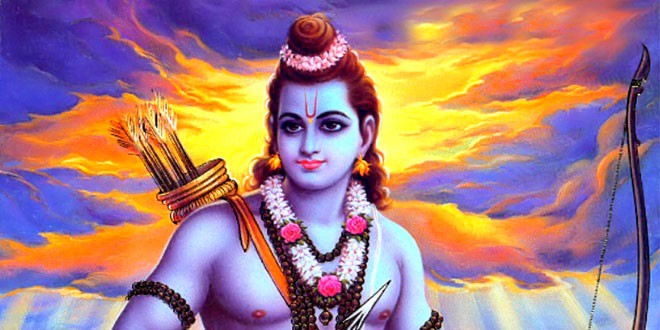 With which arrow did Lord Rama killed Ravana?

While a furious battle between Rama and Ravana was under way, the great rishi Agastya came close to Rama and told him about the secret as to how Ravana would be killed and told Rama to pray the Sun in order to kill the demon king of Lanka. Then Rama prayed the Sun, and purified himself with water-sipping, and was glad; and then he turned towards Ravana for a deal, since the rakshasa again became ready and was eager for the battle. Each like a flaming lion fought the other; head after head of the Ten-necked One did Rama cut away with his deadly arrows, but new heads ever rose in place of those cut off, and the death of Ravana seemed nowhere nearer than before. The arrows that had slain Maricha and Khara and Bali could not take away the life of the king of Lanka.

Then Rama took up the Brahma weapon which was presented to him by Agastya. The wind lay in its wings, the Sun and Fire in its head, in its mass the weight of Meru and with the chanting of Vedic mantras, Rama set it on his bow and loosed it, and it sped to its target and cleft the breast of Ravana, and, bathed in blood, returned and entered the quiver of Rama humbly. Thus, the lord of the rakshasas, the king of Lanka was slain, and the gods rained flowers on the car of Rama and chanted hymns of praise since their desired end was then accomplished. For that end Lord Vishnu had taken human form by taking birth as Rama in the kingdom of Ayodhya and as the son of Dasaratha and Kaushalya. Then the heaven became peaceful, the air became clear and bright, and the sun shone cloudless on the battlefield.