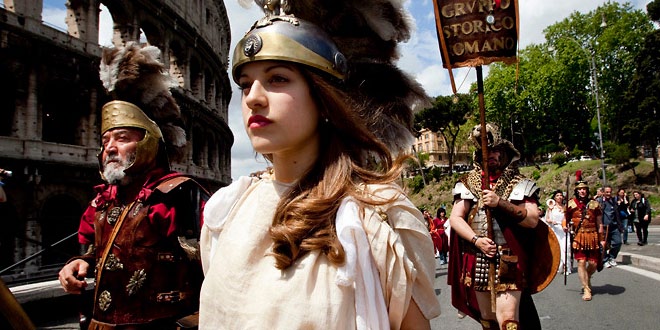 No one knows the real birthday of Jesus! No date is given in the Bible, so why do we celebrate it on the 25th December? The early Christians certainly had many arguments as to when it should be celebrated! Also, the birth of Jesus probably didn’t happen in the year 1AD but slightly earlier, somewhere between 2BC and 7BC (there isn’t a 0AD – the years go from 1BC to 1AD!).

The first recorded date of Christmas being celebrated on December 25th was in 336AD in the time of the Roman Emperor Constantine (he was the first Christian Roman Emperor). A few years later Pope Julius I officially declared that the birth of Jesus would be celebrated on the 25th December.

There are many different theories as to why Christmas is celebrated on December 25th. A very early Christian tradition said that the day when Mary was told that she would have a very special baby, Jesus. (This is called the Annunciation) was on March 25th – and it’s still celebrated today on the 25th March. Nine months after the 25th March is the 25th December! March 25th was also the day some some early Christians thought the world had been made and also the day that Jesus died on when he was an adult.

December 25th might have also been chosen because the Winter Solstice and the ancient pagan Roman midwinter festivals called ‘Saturnalia’ and ‘Dies Natalis Solis Invicti’ took place in December around this date – so it was a time when people already celebrated things.

The Winter Solstice is the day where there is the shortest time between the sun rising and the sun setting. It happens on December 21st or 22nd. To pagans this meant that the winter was over and spring was coming and they had a festival to celebrate it and worshiped the sun for winning over the darkness of winter. (The Winter Solstice in Scandinavia and some other parts of northern Europe is called Yule and is where we get Yule Logs from.)

The Roman Festival of Saturnalia took place between December 17th and 23rd and honored the Roman god Saturn. Dies Natalis Solis Invicti means ‘birthday of the unconquered sun’ and was held on December 25th (when the Romans thought the Winter Solstice took place) and was the ‘birthday’ of the Pagan Sun god Mithra. In the pagan religion of Mithraism, the holy day was Sunday and is where get that word from!

Early Christians might have given this festival a new meaning – to celebrate the birth of the Son of God ‘the unconquered Son’! (In the Bible a prophesy about the Jewish savior, who Christians believe is Jesus, is called ‘Sun of Righteousness’.)

Christmas had also been celebrated by the early Church on January 6th, when they also celebrated the Epiphany (which means the revelation that Jesus was God’s son) and the Baptism of Jesus. Now the Epiphany mainly celebrates the visit of the Wise Men to the baby Jesus, but back then it celebrated everything! Jesus’s Baptism was originally seen as more important than his birth, as this was when he started his ministry. But soon people wanted a separate day to celebrate his birth.