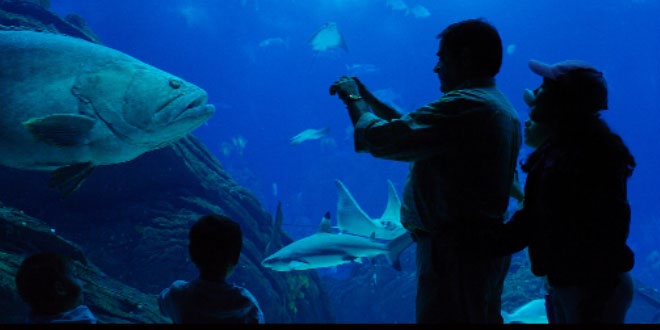 Which is the world’s first oceanarium?

The word oceanarium could mean two things. It can either mean a marine mammal park, which is a commercial theme park where dolphins, Beluga whales and sea lions are kept in water tanks and displayed to public in special shows. It could also mean a large scale aquarium such as the Lisbon Oceanarium, which is a vivarium consisting of at least one transparent side in which water-dwelling animals and plants are kept. Marineland of Florida is the world’s first oceanarium. It was founded in 1937, and mainly focused on dolphin shows. In 1999, Hurricanes Floyd and Irene forced the park to close for two months. In 2004, the park closed completely for renovations, and re-opened on March 4, 2006. The park is now a Dolphin Conservation Center, where guests can interact and swim with the dolphins.
The Lisbon Oceanarium is an oceanarium in Lisbon, Portugal. It is located in the Parque das Nações, which was the exhibition grounds for the Expo ’98. It is the largest indoor aquarium in Europe.