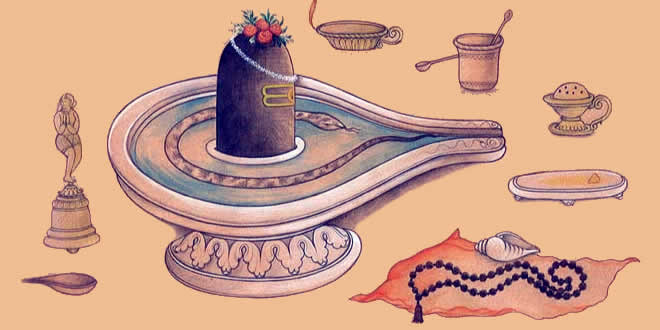 What is Lord Shiva Assurance?

What is Lord Shiva Assurance? The legend of Lord Shiva‘s assurance explains the popularity of Shivaratri festival amongst the devotees. Besides, it also tells us why we observe fast in the name of the Lord and perform ceremonial baths on a Shivaratri day.

Story goes that after creation was complete, Lord Shiva began to live on top of the mount Kailash with his consort Parvati. One day, Goddess Parvati asked Shiva that his devotees perform many rituals to please the Lord, but which one pleases him most. To this, Lord Shiva replied that the 14th night of the new moon, during the month of Phalgun is his favorite day. The day is celebrated as Shivaratri. On this day, devotees observe strict spiritual discipline and worship Shiva in four different forms during each of the four successive three-hour periods of the night. Lord further said that the devotees offer him bel leaves on the day and that those leaves were precious to him than the precious jewels and flowers. Explaining the right way of worshiping to Shiva, the Lord said, devotees should bathe me in the milk during the first period, in curd at the second, in clarified butter in the third and in honey in the fourth and the last period. Lord Shiva further added that next morning devotees must feed the Brahmins first and, only after following the prescribed ritual must he break the fast. Shiva further told Parvati that rituals of Shivaratri could not be compared with any other.

Goddess Parvati became deeply impressed with Lord Shiva’s speech and she narrated it to her friends. Through them the word spread all over the creation. Hence, Shiva devotees began to celebrate Shivaratri by fasting and by performing the ceremonial baths and making an offering of bel leaves.

Shivratri, or Maha Shivratri, is considered one of the holiest Hindu festivals in Nepal. Along with India, the Himalayan nation celebrates the festival in a grand manner. Pilgrims and devotees of Lord Shiva from around the world make their way to Nepal during Maha Shivratri, which is typically celebrated in February or March.

Nepal has a large number of Hindu residents and as a result, Maha Shivratri is one of the major festivals of the country. Even though it is not the largest and most widely celebrated festival in the country, it attracts huge crowds.

The centre of attraction and attention during Maha Shivratri in Nepal is undoubtedly Kathmandu’s Pashupatinath Temple. The temple is Nepal’s oldest Hindu temple, and it is located by the Bagmati River in the larger Pashupatinath area of Nepal’s capital city. While Pashupatinath boasts of much smaller temples, it is the main Pashupathinath Temple that comes to life during Shivratri.

Even though recent years have seen a lot of crowd problems at the Pashupathinath Temple during Shivratri, it still remains a one-of-a-kind religious experience in Nepal. The festival has also seen much commercialization due to the ever-increasing popularity, and one has to spend more and more money each year to participate. Shivratri is also a great way to come in close contact with sadhus, ascetic Hindus who have dedicated their lives to Lord Shiva. They are famous for their renunciation of worldly pleasures in order to be one with their God; Lord Shiva!

Previous What is Shiva Tandava? Dancing God Nataraj
Next What are Shivaratri Traditions?