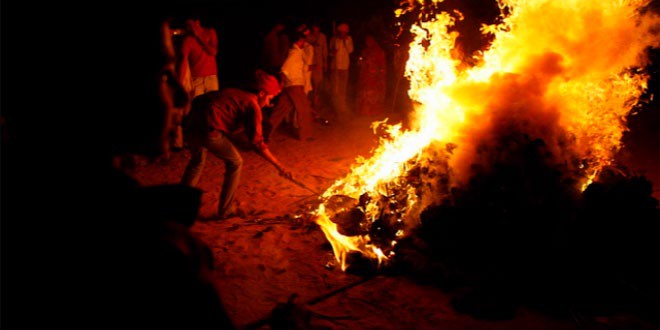 There was once a demon king by the name of Hiranyakashyap who won over the kingdom of earth. He was so egoistic that he commanded everybody in his kingdom to worship only him. But to his great disappointment, his son, Prahlad became an ardent devotee of Lord Narayana and refused to worship his father.

Legend of Holika and Prahlad

Hiranyakashyap tried several ways to kill his son Prahlad but Lord Vishnu saved him every time. Finally, he asked his sister, Holika to enter a blazing fire with Prahlad in her lap. For, Hiranyakashyap knew that Holika had a boon, whereby, she could enter the fire unscathed.

Treacherously, Holika coaxed young Prahlad to sit in her lap and she herself took her seat in a blazing fire. The legend has it that Holika had to pay the price of her sinister desire by her life. Holika was not aware that the boon worked only when she entered the fire alone.

A day prior to Badi Holi is Holika Dahan, also famous as Chhoti Holi. Holy pyres are burnt on streets and open spaces, signifying the victory of good over evil.

Holi, the festival of colors, bids adieu to winters and marks the onset of spring. This year, the Rangwali Holi or Dulhandi. A day prior to Badi Holi is Holika Dahan, also famous as Chhoti Holi, that falls on March 1 this year. Holy pyres are burnt on streets and open spaces, signifying the victory of good over evil. People sing and dance around the fire and also perform parikrama of fire, take a round around the fire. Timings for the Holika Dahan is from 6 PM to 8:30 PM.

The legend of Prahlad, Holika and Hiranyakashyap is associated with it. According to the legend, an evil king called Hiranyakashyap had a son name Prahlad, who was an ardent devotee of Lord Vishnu. The evil king did not like that. He wanted him to give up his faith in Lord Vishnu and stop worshiping him. When Prahlad refused to do so, Hiranyakashyap tried to kill him. Hiranyakashyap’s sister Holika had a divine blessing that she will not be burnt by fire. The king made Prahlad sit in Holika’s lap and set the two on fire. With the blessings of Lord Vishnu, Prahlad, who kept chanting his name, remain untouched, but it was Holika who started to scream, the fire did not save her this time. While some legend say that the blessing was applicable only when she sits alone in the fire, other legends refer to a shawl or a ‘magical’ piece of cloth that saved her from fire. It says that with the blessing of Lord Vishnu, a strong wind blew and covered Prahlad with that shawl, saving him, while Holika burnt to death. With this legend, the tradition of Holika Dahan came into practice signifying the victory of good over evil.

Previous Holi Greetings For Students And Children
Next What is Social Significance of Holi? 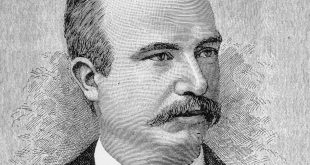