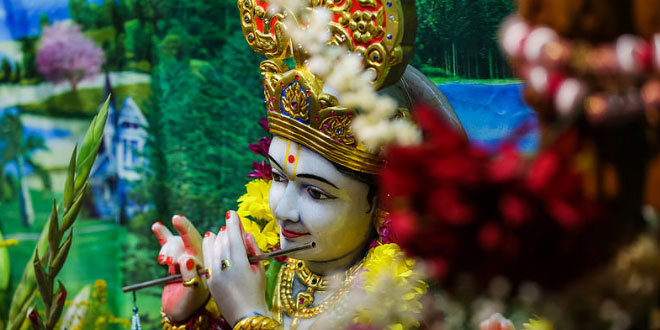 Celebrate Janmashtami in Mathura: The Janmashtami celebrations differ in different parts of India. The true colors of this festival are seen in Mathura, the birthplace of Lord Krishna. This is the place where the parents of Lord Krishna lived in the captivity of the evil Kansa and where he as a young boy came and vanquished his maternal uncle Kansa to ascend the throne and free his parents. The Janmashtami celebrations here are performed at the Dwarkadhish temple, Mathura in the form of Jhulanotsava and the Ghatas during the complete Shravan month.

How Celebrate Janmashtami in Mathura?

One can clearly see the twin cities of Mathura-Vrindavan take on a festive look and spirit of devotion runs high among the people. Mathura has nearly four hundred temples of Lord Krishna and among these the major celebrations are held in Banke Bihari, Rangaji, Shri Krishna Balram temple and Gopinath temple.

There are different types of Jhankis. Generally, the idol of baby Krishna is placed on a cradle, which is rocked to recreate scenes from Krishna’s infancy. It is believed that anyone who makes a wish and while rocking the cradle in which the Lord is, his or her wish will be granted on this day. Other popular Jhankis are Kaaliya Mardan (vanquishing the black snake Kali Nag), Kansha vadha (Killing Kansha) and lifting the Govardhan Parbhat.

‘Attukal Pongala’ is the most important festival of Attukal Bhagavathy Temple. The offering of Ponkala …