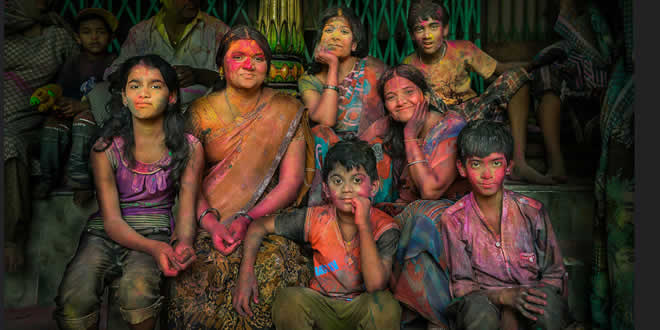 Festival of Holi marks the end of winter and the beginning of which season?

Festival of Holi marks the end of winter and the beginning of which season? Spring: Holi, the festival of colors ushers in spring and is celebrated on the full moon of the month of Phagun. The dry winter leaves make way for the shiny green buds of spring, and the mustard fields are a riot of yellow. Most of all, the golden ears of wheat signify that the Rabi or winter crop is ripe and ready for harvest. And that signifies hope, cheer, voiced by the koel perched on the mango blossoms.

Revelers in India filled the streets Monday to mark Holi, the festival of colors, which marks the end of winter and start of spring.

Hindus douse each other with colored powders and waters during the two-day celebration. The tradition dates back to the 4th century.

The festival — celebrated in India, Nepal and other countries around the globe – also represents a loosening of social customs, allowing people from different castes and ethnicities to mingle freely.

Previous What is the dry colour used in Holi Festival known as?
Next International Day of Happiness Information, Facts