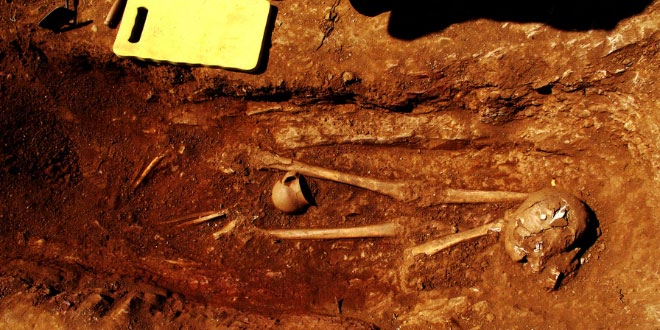 What is the radio-carbon dating method in archaeology?

Radio-carbon dating is a method of determining the age of an ancient matter developed by Willard F Libby in 1949, at the University of Chicago. Radio-carbon or carbon-14 is produced in nature and is available in the atmospheric carbon dioxide which enters plants through photo-synthesis. Thus, it also reaches the animals through the food chain. In samples like bones, wood, and ash, found at archaeological sites, the activity of radio-carbon present is measured. Because the rate at which the radio-carbon decays is known, the approximate age of the sample can by determined by comparing it to the radio-carbon activity in living organic matters. By this method, the age of samples(500-50,000 years old) can be found out. Libby won the Nobel Prize for this revolutionary invention.

It was one of those days in March, when a wind starts blowing from nowhere, …