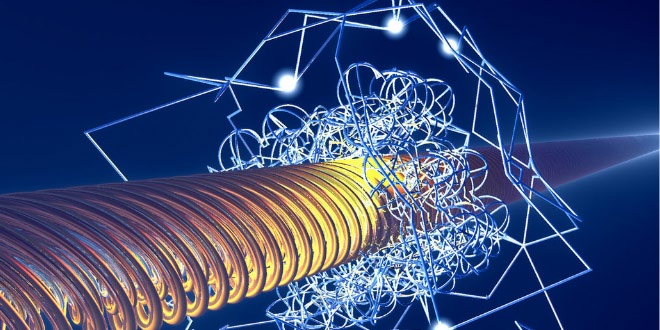 An anti-particle is a sub-atomic particle that has the same mass as another particle and equal but opposite values of some other property or properties. For example, positron is the anti-particle of electron having a positive charge. Similarly, anti-proton has the negative charge.

Anti-matter is postulated to consist of matter made up of anti-particles. For example, anti-hydrogen would consist of anti-proton with an orbiting positron! If galaxies of anti-matter stars exist, their spectra would not differ from that of galaxies of matter stars. Thus, we have no way to distinguish between two kinds of galaxies-except when anti-matter from one comes in contact with matter from another. Mutual annihilation would then occur with the release of an immense amount of energy. No anti-matter has been detected in the Universe.