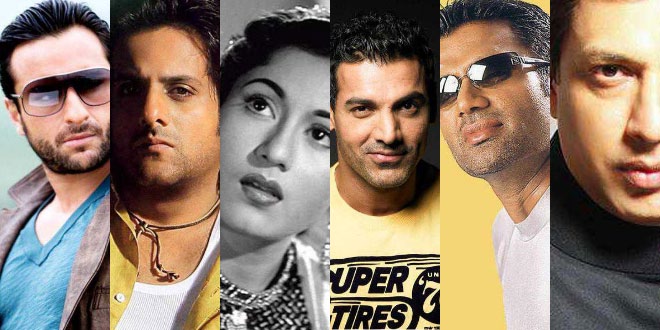 Bollywood Celebrities – From jail to bail

Bollywood’s Khalnayak Sanjay Dutt is the latest example of the fact that life of Bollywood stars is not a bed of roses. Many B-Town biggies have gone through a dark phase in their lives and have even served time in jail. While Sanjay Dutt and Salman Khan are most talked about actors who were behind the bars, there are few such names which you may not be aware of. Let’s have a look at some of these Bollywood actors who have been to jail…

Fardeen Khan: On May 4, 2001, Fardeen Khan was remanded to Narcotics Control Bureau custody for being accused of carrying cocaine, but later the actor was found not guilty. He even agreed to undergo a detoxification process.

Suniel Shetty: Suniel Shetty too was hauled up in a cheque dishonour case when he was a director of Hyundai Telecom Limited.

Saif Ali Khan: Bollywood actor Saif Ali Khan turned out to be the bad boy of the Indian film industry, when he punched a fellow diner at a posh restaurant. The actor with his wife and his sister-in-law. Saif was arrested by the police.

Sooraj Pancholi: Sooraj Pancholi was arrested in the Jiah Khan suicide case and charged with abetment to suicide. He was, however, released on bail.

John Abraham: John Abraham was also in trouble with the law when his fondness for bikes got the better of him. The star was charged for rash driving, when he accidentally hit two people in 2010. John was granted bail.

Madhur Bhandarkar: National award winning director Madhur Bhandarkar was arrested after a struggling actress Preeti Jain accused him of raping her between 1999 and 2004 with a promise to cast her in his films. Madhur was later granted bail.

Akshay Kumar: Unbuttoning of his trousers by his wife Twinkle publicly at the Lakme Fashion Week landed Akshay in jail for a brief while.

Rajpal Yadav: The funny man Rajpal Yadav was held in custody for 10 days, after he was convicted for concealing facts about a Rs 5 crore recovery suit against him and his wife by a businessman.

Inder Kumar: Inder Kumar was arrested for allegedly raping and assaulting a 23-year-old model after luring her with a promise of getting roles in films. Three charges of rape, grievous hurt and criminal offence were put on him.

Sonali Bendre: Sonali was arrested posing ‘inappropriately’ for a magazine cover, thus hurting the religious sentiments of some people. She too got quick bail.