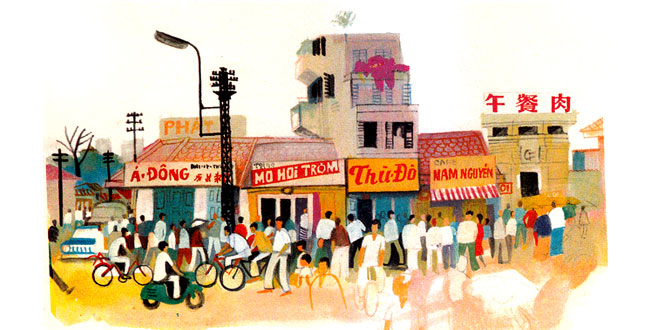 Vietnam is a narrow, elongated country. The north and centre are mountainous, with fertile lowlands in the valleys of the main rivers. Seven-tenths of the people are farmers. The chief crop is rice, although cotton, maize, manioc, sugar cane, sweet potatoes, tea and tobacco are also important.

Buffaloes, pigs and poultry are reared and fishing is significant. Vietnam has deposits of coal, chrome ore and other minerals. Manufacturing includes textiles and food processing, but the industrial sector is small. However, heavy industry and engineering are now developing rapidly.