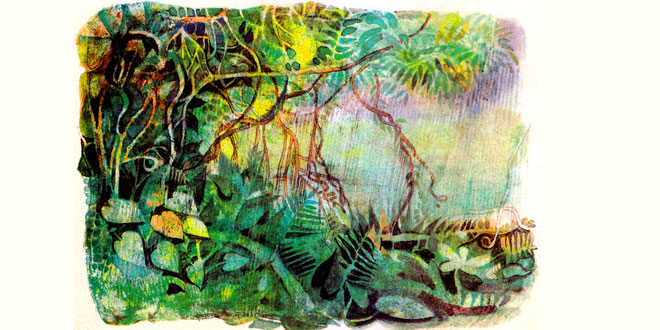 Kampuchea, formerly called Cambodia, consists largely of an alluvial plain covered by forest or savanna. The forests yield much valuable timber and natural rubber. About 15 percent of Kampuchea is farmland and agriculture employs four-fifths of the work-force. The main crops are maize, manioc, peppers, rice, soya beans, sweet potatoes and tobacco. Farmers rear cattle and buffaloes, which are used as beasts of burden. The staple food is rice, supplemented by fish. Mineral resources are few and industry is concerned chiefly with the processing of farm produce and fish.