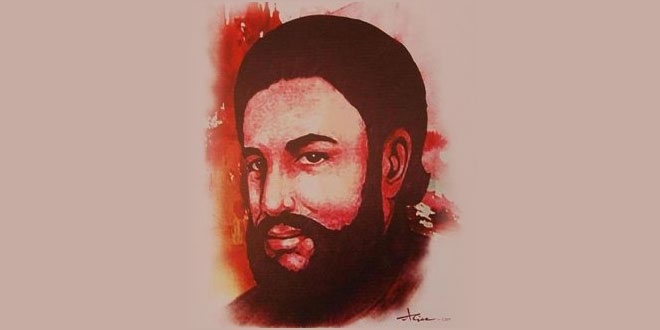 Mirza Ghalib once said this about Meer Taqi Meer, another renowned poet of his time: “Reekhta kay tumhi ustaad nahi ho Ghalib, Kehte hain agle zamane me koi Mir bhi tha. “(You are not the only master of Urdu, Ghalib. They say there used to be a Mir in the past).”

Born in Agra on September 20, 1723, Meer is as important a milestone in Urdu poetry as Ghalib is, and the two have given us couplets and ghazals that will always feature on top of any poetry lover’s list of unforgettable works. From cutting-edge socio-political commentaries to human relations, most works of this poet from the 18th century continue to be relevant even today.

As Sunday marks the 302nd birth anniversary of Meer, we list ten couplets from the vast treasury of his poems and ghazals that are still relevant today, more than three centuries after they were written. Let’s take a look

1Ibtidaa-e-ishq hai rotaa hai kyaa, Aage aage dekhiye hotaa hai kyaa
(It’s the beginning of Love, why do you wail; Just wait and watch how things unveil)
This is perhaps the most-used couplet by Meer in today’s time. Whenever we face a demanding situation, we quote Meer, often without even knowing!

2Patta patta, boota boota, haal hamaaraa jaane hai, Jaane na jaane gul hi na jaane, baagh to saaraa jaane hai.
(Every leaf and bud knows my situation, the flower doesn’t know but the whole garden knows it)
This couplet is unarguably the favourite for all those who’ve fallen in love in their life.

3Baad marne ke meri qabr pe aaya wo ‘Mir’, Yaad aai mere Isa ko dawa mere baad
(O Mir, he came to my grave after I’d died; My messiah thought of a medicine after I’d died)
When someone comes to your rescue a little too late, you can always put on the literary hat and rattle out these lines.

5Bekhudi le gai kahaan humko, Der se intezaar hai apna
(Where has selflessness taken me, I’ve been waiting for myself for long)
Apt for both negative and positive situations, this can be quoted anytime you feel lost and want people to know.

9Mir ke deen-o-mazhab ka, poonchte kya ho unne to, kashka khaincha dair mein baitha kab ka tark Islam kiya
(What can I tell you about Mir’s faith or belief ? A tilak on his forehead in a temple he resides, having abandoned Islam long ago). Hate it when someone asks about your religion? Give them a fitting reply with these lines.

10Ashk aankh mein kab nahi aata, Lahu aata hai jab nahi aata
(From my eye, when doesn’t a tear fall, Blood falls when it doesn’t fall) Tell that to your boss, he/she might consider your promotion (or dismissal, don’t blame us!)

Meer wrote four centuries ago and has left behind a vast repository of poems and couplets. We might have missed some of his masterpieces. Tell us in the comment box below about your favourite couplet and enlighten the world!