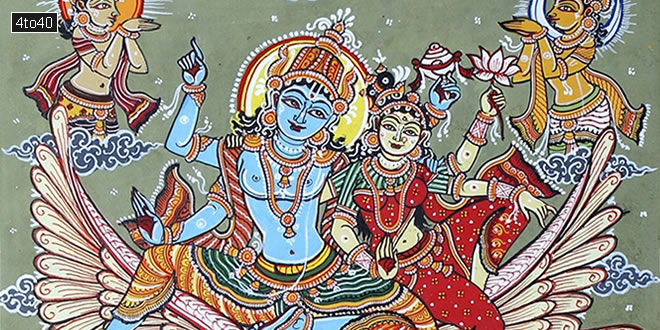 Yogini Ekadashi is one of the auspicious occasions for Hindus to cleanse themselves of all past sins and to conduct their life in a more effective manner in the future. This day is crucial for people who are attracted towards materialism and need to be nurtured towards the path of spirituality. It is regarded as the most iconic days for observing fasts in the most sacred way. Yogini Ekadashi Vrat Katha signifies the importance of fasting and the immense benefits obtained from it. Usually occurring in the bright half of Jyestha month (period between May and June).

King Kubera, the official treasurer for Gods, was the ruler of Alakapuri besides being a staunch devotee of Lord Shiva. Hemamali was a Yaksha gardener of Kubera who was greatly attracted to his wife Swarupavati because of her beautiful eyes. Performing his daily duty of collecting flowers from Manasarovara lake for Kubera to perform Shiv puja, one day Hemamali ignored his duty after getting involved deeply with the feelings of Swarupavati. After finding about the lack of flowers for that day, Kubera sends another Yaksha to find out the exact reason for the delay.

After Hemamali was summoned before Kubera, the latter gets enraged and curses him with severe consequences. Eventually, he was made to suffer from leprosy and was ordered to leave the place with immediate effect. After being expelled from Alakapuri, he finds himself amidst dense forests. Though he was left in disgrace, he never stopped worshiping Lord Shiva. By reaching the Himalayan range during his spiritual journeys, he comes in contact with Markandeya Rishi. After coming in contact with the rishi, Hemamali explains his story on being asked about it. Deeply moved with the sad story of the leper, Markandeya Rishi advises him to observe fast on Yogini Ekadashi to cleanse his bad karma and sins.

Speaking truth had helped the leper in an extensive way because of which it had been possible to find the best way of conducting his life. Hemamali offered thanks to the rishi after praying to his feet with utmost gratitude. Later, he continued praying to Lord Shiva and even observed a fast on the said day by the rishi. With his sins washed off in an effective manner, Hemamali goes back to Alakapuri to lead a happy married life with his wife again. Ekadashi Devi gets impressed from all those who observe fast on the day due to which their sins will be annulled and their life becomes more pious.

People who observe fast on this day will be able to clear their problems in a successful manner. With their past sins cleansed, it is possible to lead a normal life without experiencing any problems again. Listening to the Yogini Ekadashi Vrat Katha in detail will lead people towards observing the fast as per the rituals and traditions. Bhagwan Shri Krishna narrated the importance of the fast along with the legend associated with it to King Yudishthara.