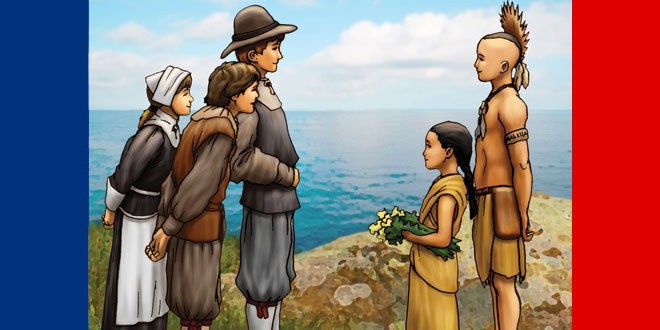 Thanksgiving Day is a harvest festival. Traditionally, it is a time to give thanks for the harvest and express gratitude in general. It is a holiday celebrated primarily in Canada and the United States. While perhaps religious in origin, Thanksgiving is now primarily identified as a secular holiday. 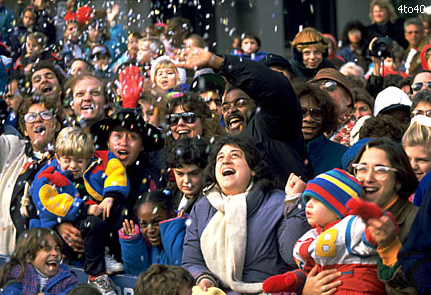 Today, Thanksgiving is celebrated on the second Monday of October in Canada and on the fourth Thursday of November in the United States. Thanksgiving dinner is held on this day, usually as a gathering of family members and friends.

The Pilgrims who sailed to America were originally members of the English Separatist Church. Before going to America they had fled to Holland to escape religious persecution. Although, in Holland, they enjoyed more religious tolerance, but they eventually became disillusioned with the Dutch way of life. In the hope of a better life in, they took the help of a London stock company to move out to America. Most of those making this trip aboard the Mayflower were non-Separatists. Only about one-third of the original colonists were Separatists.

They reached Plymouth in 1620. There, they had to face a terrible winter. Around 46 of the original 102 had died by the next fall. But fortune turned in their favor and the harvest of the next year was bumper. And the remaining colonists decided to celebrate with a feast — including 91 Indians who had helped the Pilgrims survive their first year. It is believed that the Pilgrims would not have made it through the year without the help of the natives. The feast was more of a traditional English harvest festival than a true “thanksgiving” observance. It lasted three days. Governor William Bradford sent “four men fowling” after wild ducks and geese. It is not certain that wild turkey was part of their feast. However, it is certain that they had venison. The term “turkey” was used by the Pilgrims to mean any sort of wild fowl.

Another modern staple at almost every Thanksgiving table is pumpkin pie. But it is unlikely that the first feast included that treat. The supply of flour had been long diminished, so there was no bread or pastries of any kind. However, they did eat boiled pumpkin, and they produced a type of fried bread from their corn crop. There was also no milk, cider, potatoes, or butter. There was no domestic cattle for dairy products, and the newly-discovered potato was still considered by many Europeans to be poisonous. But the feast did include fish, berries, watercress, lobster, dried fruit, clams, venison, and plums. This “thanksgiving” feast was not repeated the following year. But in 1623, during a severe drought, the pilgrims gathered in a prayer service, praying for rain. When a long, steady rain followed the very next day, Governor Bradford proclaimed another day of Thanksgiving, again inviting their Indian friends. It wasn’t until June of 1676 that another Day of Thanksgiving was proclaimed.

On June 20, 1676, the governing council of Charlestown, Massachusetts, held a meeting to determine how best to express thanks for the good fortune that had seen their community securely established. By unanimous vote they instructed Edward Rawson, the clerk, to proclaim June 29 as a day of thanksgiving. It is notable that this thanksgiving celebration probably did not include the Indians, as the celebration was meant partly to be in recognition of the colonists’ recent victory over the “heathen natives”. October of 1777 marked the first time that all 13 colonies joined in a thanksgiving celebration. It also commemorated the patriotic victory over the British at Saratoga. But it was a one-time affair.

George Washington proclaimed a National Day of Thanksgiving in 1789, although some were opposed to it. There was discord among the colonies, many feeling the hardships of a few Pilgrims did not warrant a national holiday. And later, President Thomas Jefferson scoffed at the idea of having a day of thanksgiving. It was Sarah Josepha Hale, a magazine editor, whose efforts eventually led to what we recognize as Thanksgiving. Hale wrote many editorials championing her cause in her Boston Ladies’ Magazine, and later, in Godey’s Lady’s Book. Finally, after a 40-year campaign of writing editorials and letters to governors and presidents, Hale’s obsession became a reality when, in 1863, President Lincoln proclaimed the last Thursday in November as a national day of Thanksgiving.

Thanksgiving was proclaimed by every president after Lincoln. The date was changed a couple of times, most recently by Franklin Roosevelt, who set it up one week to the next-to-last Thursday in order to create a longer Christmas shopping season. Public uproar against this decision caused the president to move Thanksgiving back to its original date two years later. And in 1941, Thanksgiving was finally sanctioned by Congress as a legal holiday, as the fourth Thursday in November. 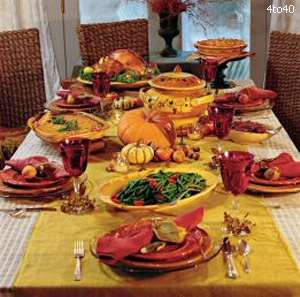 Thanksgiving Day is a communal celebration marked as a sense of gratitude people feel for all the good things in life. This is done by offering prayers, gifting your near and dear ones. The fourth Thursday in the month of November is marked for the yearly celebration.

Family feast is an important tradition during Thanksgiving. The entire family sits at the table during dinner and offer prayer to the Lord Almighty for his continuous grace. It is also a time for relatives living in different places to come together and celebrate.

The traditional stuffed turkey adorns every dinner table during the feast. Pumpkin pie, Cranberry sauce, Corns are some of the dishes cooked everywhere to mark the day. Though historians don’t have an evidence to prove that turkey was eaten during the first Thanksgiving dinner, but the thanksgiving celebration will be incomplete without it.

Watching NFL football during Thanksgiving is a popular tradition. The traditional game between the Detroit Lions and the Green Bay Packers continues. One of the most memorable games having been played on this day.

The Thanksgiving legacy has been alive for hundreds of years. The customs we see in our homes today remind us of ancient celebrations of harvest, thankfulness for peace, and the endeavors of native Americans. It consists of stories of those who believe that gratitude for blessings is a virtue all must possess.

For centuries, ‘Thanksgiving Day’ is associated with communal prayers in church and in homes. People offer various meal time prayers during the day. It is a time, when mankind thanks God for all his blessings and grace. It is also a day to show gratitude to your friends and relatives for all the good deeds. 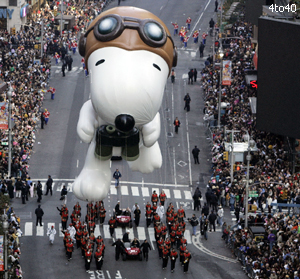 The traditional Thanksgiving parade probably started with President Lincoln proclaiming it an official day. The full- dress parade is a way to display the country’s military strength and discipline. The main aim of such parades is to lift the spirits of the spectators, provide them with wholesome entertainment. In the present day, parades are accompanied with musical shows and celebrities.

Everyone follows the custom of family dinner and reunion religiously every year. Distances don’t really matter as relatives drive down to be with their family. Feasts are usually held at home. It is a time to enjoy their favorite ‘Roasted Turkey’ with the family.

Thanksgiving is a time to decorate homes with wreaths, fresh and dried flowers. People beautify their homes, give the interiors a whole new look and feel. They light lamps to brighten the environment. Tables are adorned with best china and antique silver cutlery to mark the occasion.

Thanksgiving is a day when people send loving messages and warm wishes to their relatives, colleagues at work place, superiors and subordinates, near and dear ones. It is a day of conveying their feelings through Thanksgiving cards.